The National Chairman of the Peoples Democratic Party (PDP), Iyorchia Ayu has declared nobody can remove him from his position only God. 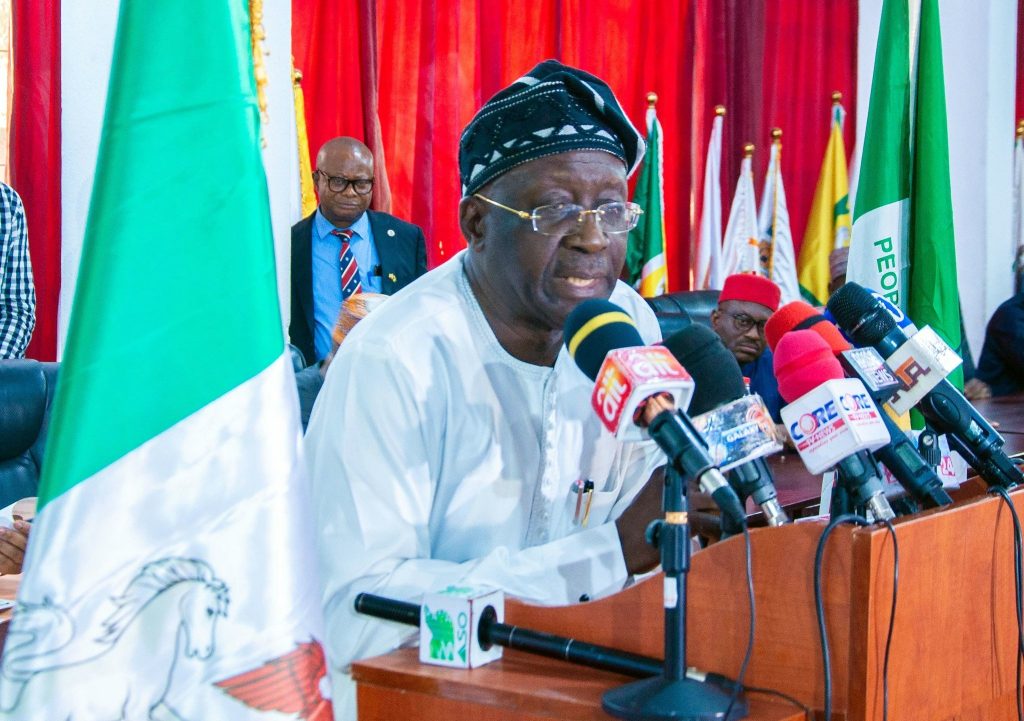 The PDP chairman, who spoke on Friday while addressing his supporters in Gboko, Benue state, was reacting to those demands for his resignation.

Rivers State Governor, Nyesom Wike, and his allies including Benue governor, Samuel Ortom, have vowed not to participate in the PDP presidential campaign until Ayu steps down from his position.

Speaking on the call for his resignation, Ayu assured his supporters that he will remain as PDP chairman until God permits him to leave, noting that he didn’t work against those demanding his resignation because he wanted peace in the party.

He said, “I have been silent over all the things you are hearing against me because I don’t want any crack in the party I belong in my state, I have the powers to say you and you will not go anywhere because I will insist that I must sign before you go anywhere.

“But I have signed for all candidates produced by the PDP to go ahead in their dreams, whether I like it or not I signed.

“So I was doing that believing that I cannot shoot myself in the leg. I want Benue to come first by winning all elections so that Nigerians will say that the national chairman has delivered his state to PDP with Alhaji Atiku Abubakar winning 90 percent of the votes and Titus Uba as governor in 2023.

“Nothing should worry you, my people. Since I started politics more than 30 years ago, you have never rejected me; you are always supporting me. They say a prophet has no respect in his home, but my case is different; I am overwhelmed by this great show of love.

“The PDP is one and not divided. I am trying my best not to disappoint the Benue people and Nigerians in general; so, if you hear that they want to chase Ayu out as national chairman, don’t be worried; nobody is going to sack me as national chairman of our party. I will leave the seat on a day that God permits.

“It is God that enthrones leadership; He uses people to enthrone a person over others and protects that person. I want to assure you that all these days, God has been protecting me even when I went on sick leave abroad, God is still protecting me.

“The Tiv people have suffered so much in this country. We are yet to get our share of the national cake, so my charge to you is not to relent in prayers so that this time around come 2023, God will give us a president who will work closely with the Governor of our state to wipe out our tears.

“Today, the standard bearer of PDP, Atiku Abubakar, who is not only a chieftaincy title holder of the Tiv people as the Zege Mule U Tiv, he is my friend, he told me his plans for the Tiv nation. That he will wipe away the tears of our people.

“So, nobody should try to bring any troubles to you. I am telling you today, PDP is one party, a party that has divisions and does not win elections. No matter the strength of any party, if it does not have unity, it will lose elections.”

READ:  Details Of ‘How A 75-Year-Old Woman Was Kidnapped, Killed And Buried’ By Kidnappers + The Phone Number Used By The Kidnappers. 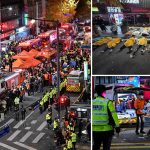 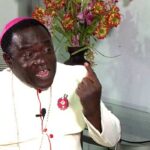