Argentina has declared a public holiday on Tuesday as thousands of fans storms the streets to welcome their superstar, Lionel Messi and teammates following their World Cup victory against France on Sunday. 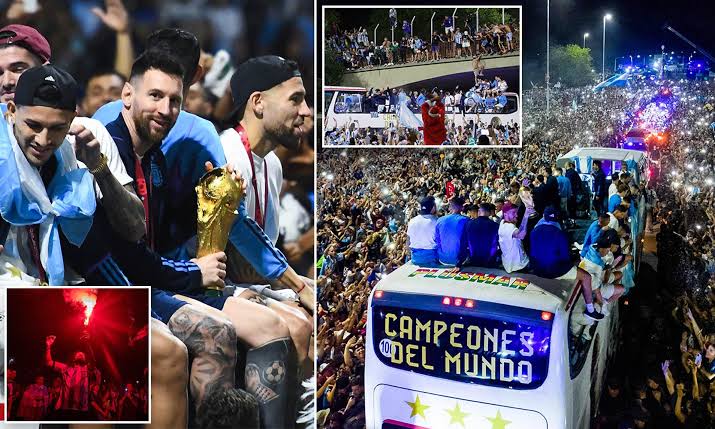 KanyiDaily had reported how Argentina won the 2022 World Cup against France in a 4-2 penalty shootout that sparked crazy celebrations in the stadium.

After winning their third World Cup on Sunday, the Argentinian footballers returned to capital, Buenos Aires in the early hours of Tuesday, and the government announced it will be a national holiday to celebrate the World Cup triumph.

Messi was pictured smiling as he departed from the plane with the World Cup in his hand while manager Lionel Scaloni put his arm around the captain as they walked past a sign that read: ‘Thank you, champions.’ 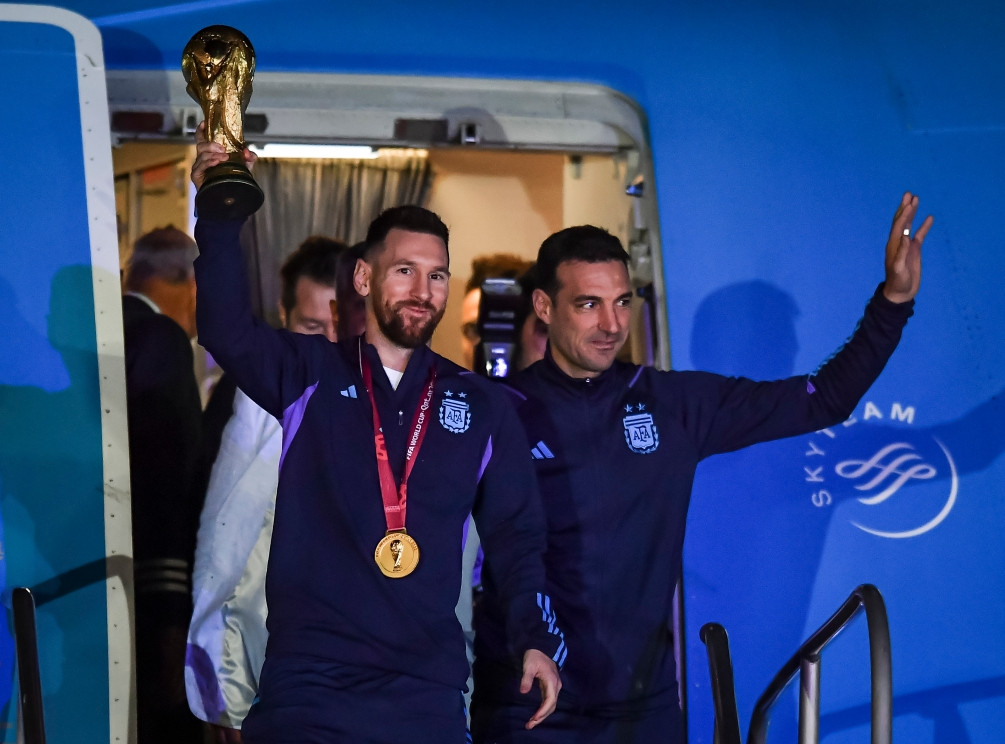 The players were welcomed by rock band La Mosca singing ‘Muchachos,’ a song that was written by a fan to the tune of an old song by the band and became a popular unofficial anthem for Argentine fans at the World Cup in Qatar.

The newly crowned champions boarded the open-top bus and several, including Messi, could be seen singing the words to ‘Muchachos’ as they headed to the headquarters of the Argentine Football Association.

The bus moved at a snail’s pace as fans, many of whom were waving Argentine flags, swarmed the bus on a highway, eager for a glimpse of the players as law enforcement officers tried to keep them at bay. 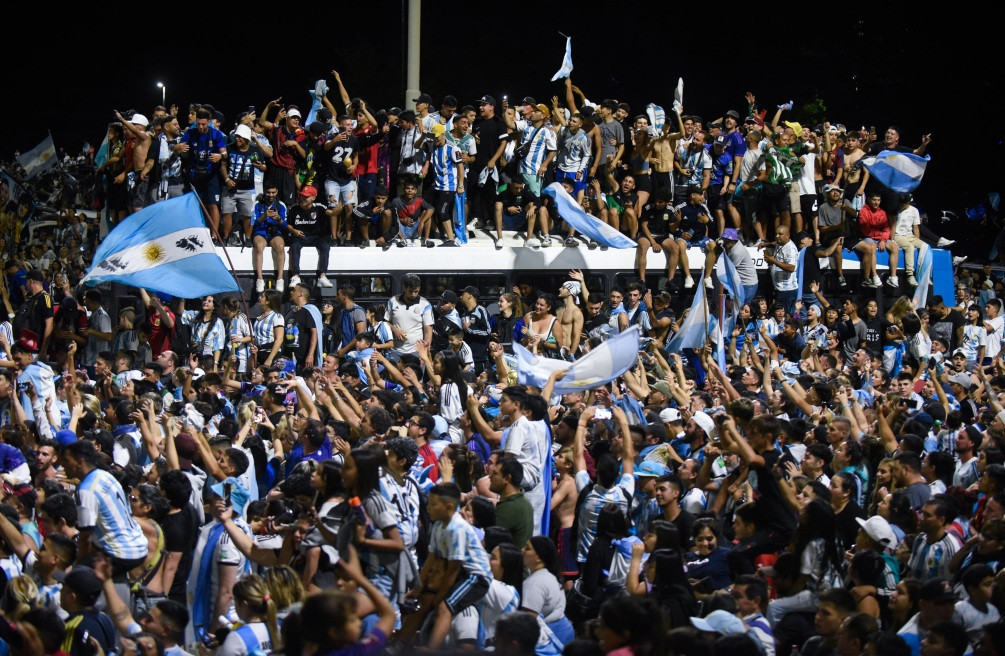 The players will sleep at AFA headquarters for a few hours before boarding the bus later on Tuesday that will take them to the Obelisk, the iconic Buenos Aires landmark that was a sea of people Sunday afternoon after the team won the country’s third World Cup, and its first since 1986.

Messi, the team’s captain who scored twice in the final, said he can’t wait to celebrate with the fans.

“I want them to wait for me, I can’t wait to go there and enjoy it with them,” he told ESPN. 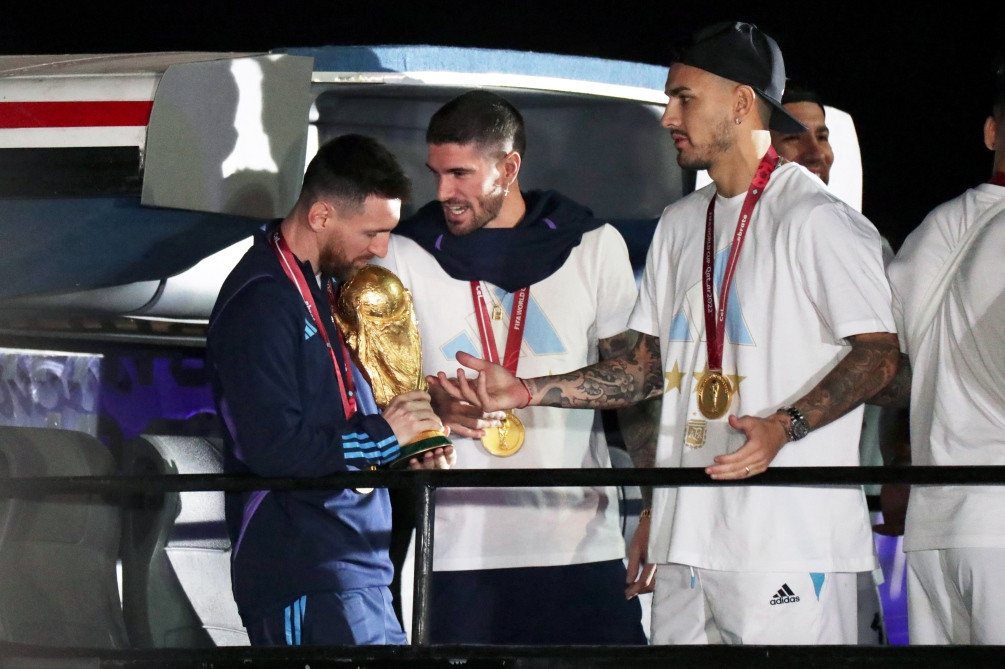 President Alberto Fernández had declared a national holiday Tuesday so the country could celebrate the victory.

The main celebration are due to be at the capital city’s Obelisk monument at midday local time, said the Argentine Football Association (AFA).

World champion Argentina returned home to a rapturous welcome. The country has declared a national holiday for #WorldCup celebrations. Watch how #Messi and company were welcomed by fans.@eriknjoka joined by @DiggySinghDeo for details

Meanwhile, an Argentina female fan is facing jail time in Qatar after stripping off her clothe to celebrate her country’s World Cup final victory against France. 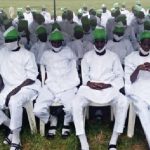 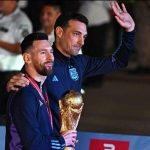