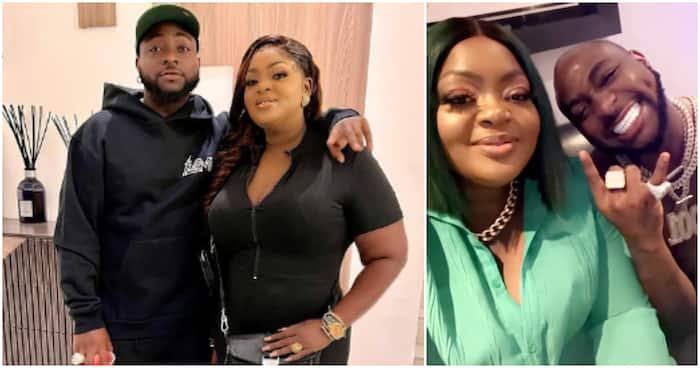 The singer and actress have been friends for years prior to the death of Davido’s three-year-old son, Ifeanyi Adeleke, on October 31, 2022.

KanyiDaily recalls that Ifeanyi was confirmed dead on Monday after drowning in a swimming pool at Davido’s residence in Lagos.

Details of Ifeanyi’s death was sketchy, but the news became widespread after a now-deleted Instagram post from Eniola Badmus.

After Eniola announced Ifeanyi’s death, many people had accused her of exploiting the toddler’s death for monetary gains.

Social media users noticed that Davido, who recently returned to Instagram, unfollowed a number of people including Eniola.

Although the reason for Davido’s action is unknown, many speculate it has to do with the post Eniola shared after his son’s death.

Meanwhile, Eniola is still following Davido as of the time of filing this report. 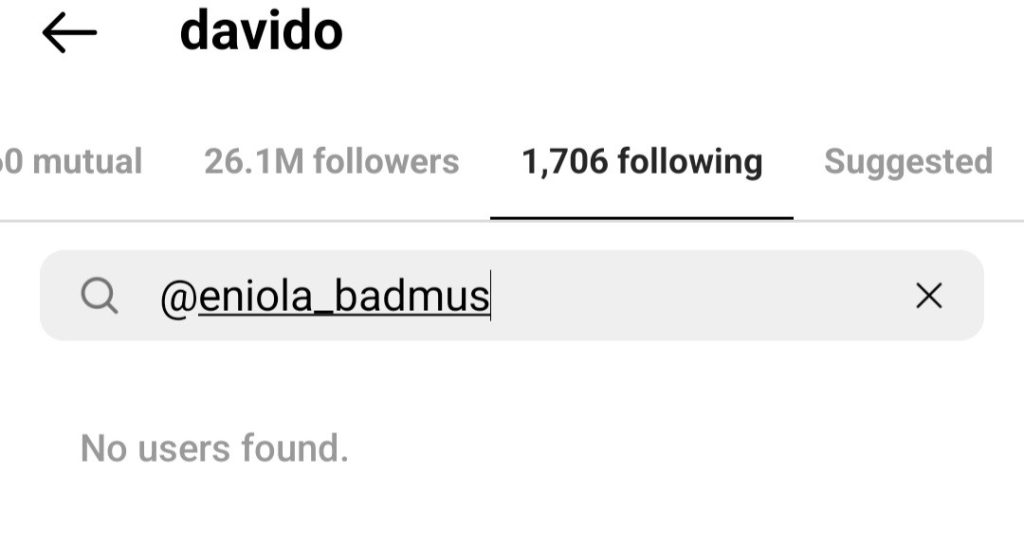 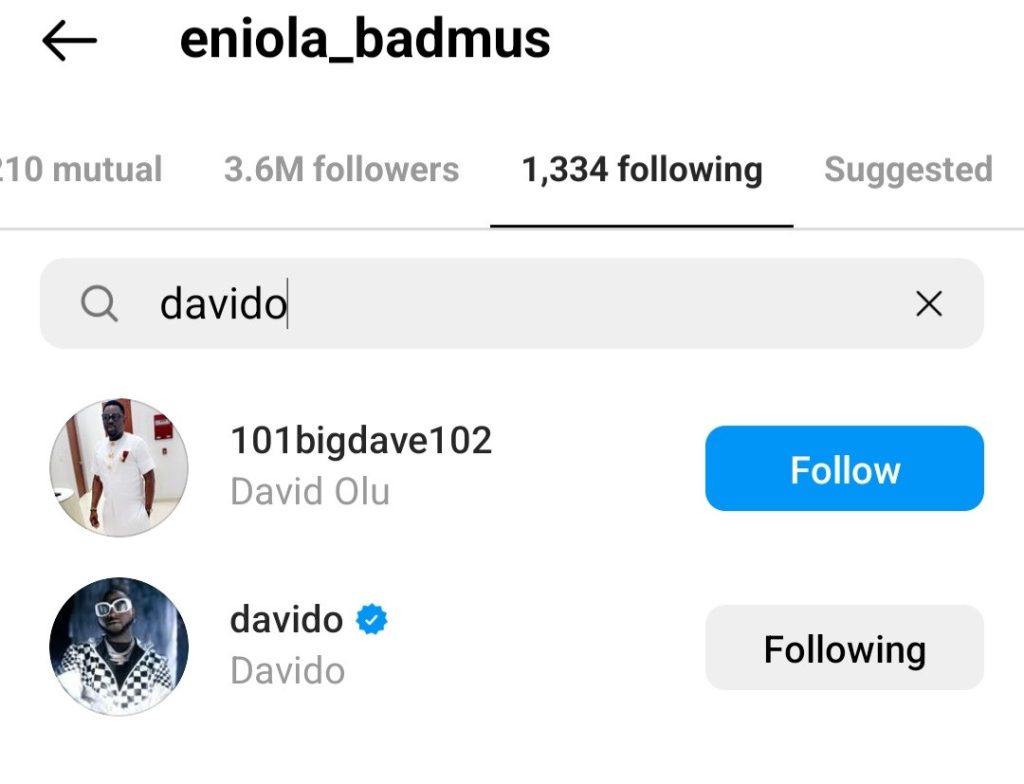 This comes one week Davido returned to social media with his fiancee, Chioma Rowland, following the demise of their three-year-old son, Ifeanyi Adeleke.

Actress Rosy Meurer Shower Praises On Her Husband, Olakunle Churchill On His Birthday