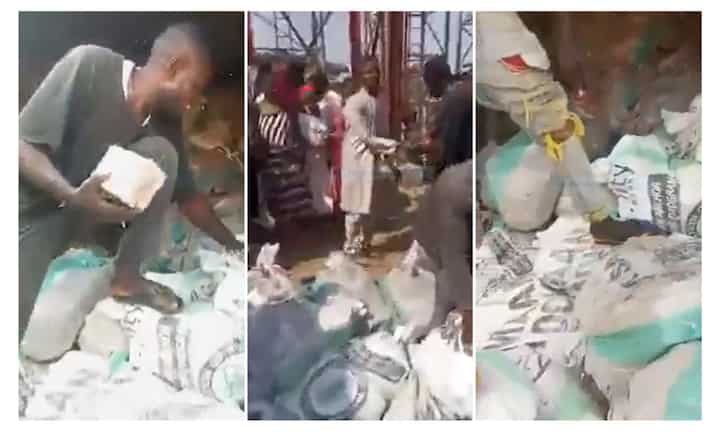 In a video circulating on social media, some Nigerians could be seen expressing their surprise over the Naira notes which were hidden in multiple bags, suspected to have been stacked by politicians for years, going by the state of the Naira notes.

But the Benue State Police Command in a statement issued on Tuesday by its Public Relations Officer, Superintendent, SP, Catherine Anene described the video as ‘misinformation’.

The Police promised to conduct a thorough investigation into the matter.

The statement reads, “On December 13, 2022 at about 12 noon information was received at A Police Division Makurdi, that hidden Naira notes were recovered from Police Barracks Wadata.

“Police detectives sent on investigation to the scene recovered wasted papers in a shop close to Wadata Police Barracks, Makurdi.

“The owner of the shop, Mr. Isah Suleiman was invited for questioning and he tendered a licence issued to him by Central Bank of Nigeria, CBN, for waste management.”

The PRO added that these wasted papers are usually gotten from CBN and processed into mosquito repellents. He also said the Investigation has been extended to CBN for confirmation.

KanyiDaily recalls that the Central Bank of Nigeria (CBN) recently unveiled the redesign Nigerian currency from N200 naira denomination to 1,000 naira notes which the bank gave December 15, 2022, as the date to start circulating the currency.