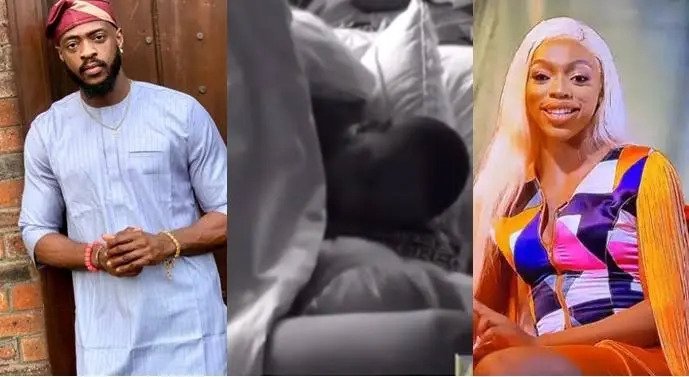 KanyiDaily had reported that the BBTitans commenced on Sunday with 20 housemates from Nigeria and South Africa to compete for the $100,000 grand prize.

On Monday night, a South African contestant, Khosi, and her Nigerian counterpart, Yem were seen cuddled up in bed in a romantic position before eventually sharing a kiss shortly after the first head of house (HoH) games.

Before the romantic moment, the duo had chatted about their affection for one another while sharing a bed which got them attracted to each other.

Khosi confronted Yemi if he wanted to kiss her, to which the latter denied it. However, the lovebirds were later seen under the sheet giving each other passionate kisses.

Less Than 48 Hours After The Start Of Big Brother Titans, Yemi And Khosi Share Their First Kiss pic.twitter.com/DSjmEQUoBE

KanyiDaily had reported that Nigeria’s Ebuka Obi-Uchendu hosted the maiden edition of BBTitans on Sunday night, along with South Africa’s Lawrence Maleka.