A married woman simply identified as Imolita has narrated how she was allegedly raped by a security guard, Ibuchi Emmanuel, at a school where she worked as a nurse. 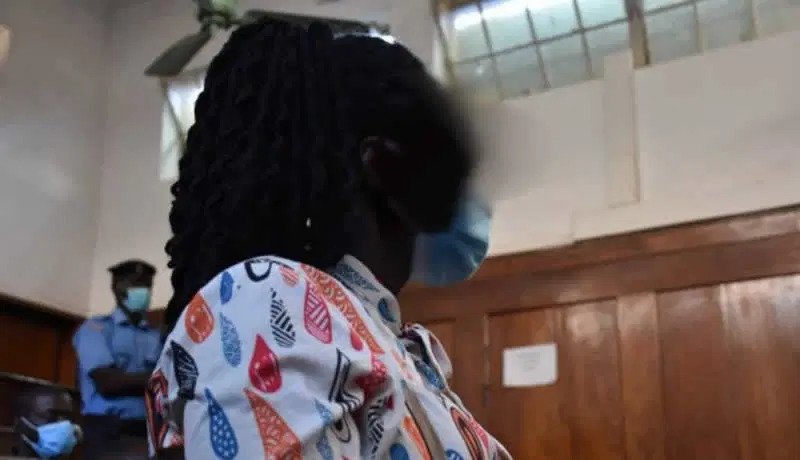 Nurse Accuses Security Guard Of Raping Her While On Night Duty

The 35-year-old woman, who appeared before the Special Offences Court, Ikeja, Lagos State, said the security guard had carnal knowledge of her they were on night duty.

She said while she was on her way to inspect the school’s clinic before retiring to her desk when the defendant approached her and demanded to see her later that night.

She narrated that the suspect knocked on her door around 9pm, asking for Vitamin C.

She later let the defendant in after he requested vitamin C from her.

She further narrated that Emmanuel said he had wanted to discuss a matter with her.

READ:  13-Year-Old Househelp Commits Suicide By Hanging Herself Beside Her House In Calabar

She said the suspect said he loved her and she responded that she’s married with kids.

She said he decided to have carnal knowledge of her, telling her not to scream, as no one would hear her noise.

Imolita said, “I then told him that I know you are a man but I’m going to fight you so you won’t be able to have your way. While we were dragging each other, he got tired and was like even if he was going to have sex with me, he had no strength left. I then told him to take himself away because I’m not a cheap woman; he should go and look for single girls.

“He came back and pushed me. After he did, I tried to kick him but he grabbed my legs. By then, I was already laying on my back while he was using his security boots to march my legs. I started begging him not to do what he wanted to do, but he insisted that he must do it.

“I asked him if he knew about the place I came from. I reminded him that I’m from Delta and women from that state don’t meet other men once married. I continued to beg him and told him that his action would cost me my marriage. He said anything that would happen should happen.

“I told him to hold on and that I had a condom in my bag. He said no and that was when he finished having his way with me,” she added.

She said she proposed the use of condom to him because she felt it would give her opportunity to run away.

Justice Ramon Oshodi has adjourned the case till March 22, 2023, as the defendant was to be in the Ikoyi Correctional facility.

KanyiDaily had also reported how a 32-year-old lady was recently buried after she was allegedly raped and murdered in Jos, Plateau State.

READ:  Police To Arrest Owners Of Dogs Seen In Viral Videos Having Sεx With Ladies For Money

How Edo Police Gunned Down Robbery Suspect, Arrested One In Gun Duel