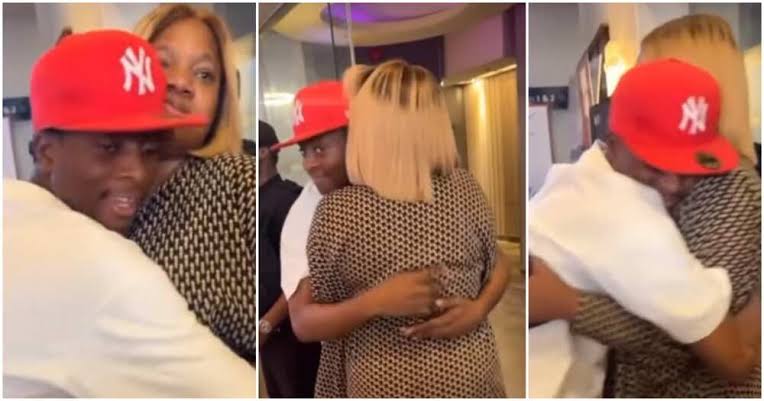 In the viral video, Sydney Talker was seen holding and hugging her tightly at an event which sparked reactions from her fans.

The hug stirred reactions from netizens and fans who called out the thespian for allowing the 27-year-old to hold her that much.

But in an interview with TVC’s Your View talk show on Friday, the actress addressed the incident.

She said, “This guy is a comedian. He is like a son to me. I am not a child. Everybody thinks so because I look young. He was hugging me and it was my manager that was videoing him and the next thing I saw was ‘dirty woman’ ”

In other news, Kanyi Daily reported that ahead of the forthcoming general elections, Nollywood actress, Patience Ozokwo, on Friday urged Nigerians to vote at the polls with their senses and hearts.

READ:  How I Sat For JAMB Five Times - Singer, Crayon