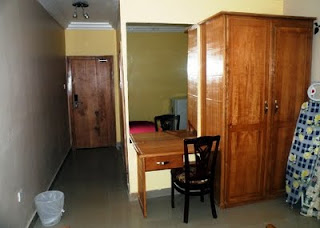 Police attached to State Criminal Investigation Department (SCID) Panti, Yaba, Lagos, Southwest, Nigeria, are making frantic efforts to unravel the cause of the death of a Briton in a hotel room.

The deceased identified by the police as Jeffrey George Williams, was found dead inside a popular guest house in Lekki, Lagos. Police sources revealed that he was accompanied into the guest house by a lady and was later found dead.

P.M. NEWS learnt that staff at the Guest House had made statements to the police about the incident while his corpse has since be deposited at Ikoyi Military Hospital Mortuary for autopsy.

When P.M. NEWS visited the Ikoyi Military hospital yesterday, sources there confirmed that the corpse was there. But efforts to see the corpse of the deceased proved abortive.

The authorities of the hospital told our reporter that they don’t allow press men access to their morgue.
When P.M. NEWS visited Ilasan Police Divisional Headquarters, police sources said it was not in their jurisdiction that the incident happened.

They said Lekki was a big place and they could not say which of the stations was handling the matter.