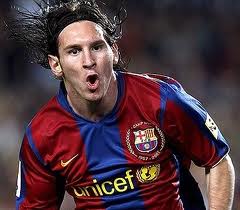 Argentina’s new coach Alejandro Sabella has said that he wants to build his 2014 FIFA World Cup Brazil™ team around superstar Lionel Messi.
“He is the captain from now on,” Sabella told reporters ahead of Friday’s friendly against Venezuela at the 120,000-seat Salt Lake stadium in Kolkata.
“We are looking to build a couple of options, looking for one or two players to build up a combination with him.” Argentina will look to start afresh after a disappointing show in the Copa America at home in July when they lost to eventual winners Uruguay in the quarter-finals.

It is also the first for Sabella as coach and for Messi as captain. “I am looking forward to having a great understanding with Messi. It’s important to build a good relationship with all the players,” said Sabella.
“Football in Argentina is a passion and I know the supporters are expecting a lot from me. It’s very important to make a good start. Winning will give us confidence. This is the beginning of a long trip ahead and we hope it finishes with qualification to the World Cup.”

Thousands of fans waited at Kolkata airport for two-time FIFA World Player of the Year Messi’s arrival early Wednesday, but he slipped past the chanting crowds without being spotted. Sabella, 56, said the players were excited to play in India although the artificial turf at the stadium would be a new experience.
“We are not used to playing on artificial turfs. It’s not normal for us but we will try to adapt and play a good game,” he said.
The Argentina squad will travel to Bangladesh for another friendly against Nigeria on 6 September. They will also play two games against Brazil ahead of the FIFA World Cup qualifiers, which begin in October.

The Part You Wouldnt Want To Miss At Mercy Johnsons Wedding….WTF! What Has She Got To DO With A Mad Woman?