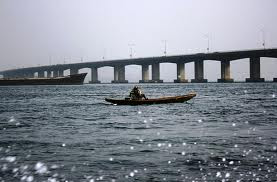 A man, Fafana Sekon, was on Friday arraigned before an Abuja Chief Magistrates’ Court, for allegedly seeking a volunteer to bomb the Third Mainland Bridge, Lagos, southwest Nigeria, for the Boko-Haram sect.

Police Prosecutor Danjuma Etobi told the court that the suspect was arrested on 5 September, 2011 by the operatives of Lagos CID Annex, attached to Area ‘G’, Ogba Police Station, Lagos.

He said the patrol team found a text message sent by the accused to his friends through his blackberry chat, informing them of the plot.

This is the message found on the phone: “Boko Haram has offered to pay $5 million to anybody that would volunteer to bomb down the Third Mainland Bridge, Lagos.’’

Etobi said the accused was charged with belonging to an unlawful society which contravened section 97B of the Penal Code Law.

The accused pleaded not guilty to the charge but Chief Magistrate Okeagu Azubuike ordered he be remanded in prison custody.

The case was adjourned till 1 December for hearing.