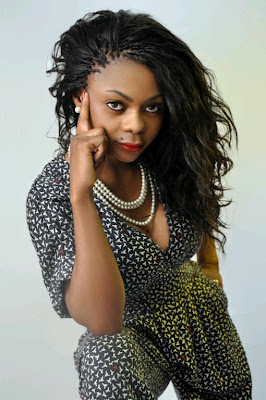 Speaking through her publicist, Karen says she has  followed with intrigue in the past few days, rumours and gist circulating her supposed ‘Engagement to a Mystery man’ following her tweets on Twitter….(if you missed her tweets, read it HERE) continue to read her press release.

“I have requested that this news statement be made available to the public on the matter.I appreciates the curiosity and goodwill displayed by my fans, critics and friends in the media regarding her affairs; i however prefers to keep details on my ‘relationship’ intentions away from the public glare until when appropriate. However, to clear the air on the alleged tweets, they were random thoughts from me  after an admirer and fan proposed to me. Celebrities often experience the same thing; i only tweeted about one of such experience randomlyIn the meantime, i am  actively evolving my brand name and business while taking on active roles in Nollywood and other related entertainment initiatives across Africa., “I am not married yet; but I am fully engaged to my passion in entertainment – acting and modeling; while actively promoting good causes and charity”.

She added , the picture of the fingers with a ring posted by her on twitter belongs to her sister .