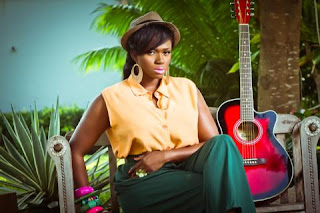 Singer, Waje is set to share love with her fans as
she prepares for the release of her self titled debut album Words Aren’t Just
Enough(W.A.J.E).

Waje who is also one of the judges on reality TV show,
Star Quest, is using the platform of her debut album to help graphic designers
showcase what they’ve got by putting up a prize money of $1000.


According to her, “all they need do is to put their creativity to work
by coming up with her album cover”.

To facilitate the competition,
photos of the diva will be uploaded on her facebook page, Twitter and other
social networks. After that, interested graphic designers will then use any of
the pictures to create an album cover of their choice.

The judges
include Waje and two others, Rotimi Okhioroya and Sewedo Nupowaku, who will
assess and give score according to the designers based on Creativity,
Originality and Precision Of Design.

After the winner has been
determined, he/she stands the chance of winning $500 and be part of the
designing of the real album cover. And for being part of the actual cover
designing team, the winner gets to walk away with another $500.