Confidential email correspondence between Don jazzy and D’banj was exclusively obtained by Punch and while reading through, you will find out that a lot of issues are going on with them and they obviously dont see eyeball to eyeball…Continue reading
Don Jazzy’s email to D’banj
D’banj must pay all the debts of Mo’Hits – Don Jazzy
In regards to D’banj’s claim for 100 percent ownership of all songs recorded under the Mo’Hits imprint, the acclaimed producer in an email on March 17th, states.

“That Mo’Hits Records does not already own 100 per cent of the songs. Note that Mo’Hits Records only owns 60 per cent of the songs and 40 per cent belongs to the individual artiste. So, 40 per cent of the songs is not mine to give.” He continues, “That me (I am) giving him (D’banj) my share of the catalogue does not and will never include him having the right to stop them (the artistes)  from performing the songs or give him the right to claim any monies for live performances of these songs. And any loans or debt owed by Mo’Hits records as at today will be cleared by Mr D’banj as I am clearly not aware of any.”
Don Jazzy states further that the catalogues he is releasing to his former partner only consists of songs already released in an album exempting new singles and unreleased materials. “So, songs like Wande Coal’s Go Low and Been Long You Saw Me are not part of this catalogue he is receiving. Also, an artiste like D’Prince, not only has he not released any album, he has not signed any contract whatsoever with Mo’Hits Records. That he has no right to claim any monies for deals that have been brokered already as at today with the catalogues or stop their usage. It is important to note that any unreleased songs done by any artiste (including D’banj and K-Switch) MUST NOT be released and is not part of the catalogue I am giving away.”
He adds, “With these few points, I do hope that you all realise that I have been generous enough to facilitate the End of the “D’banj & Don Jazzy” era as a team. After this new deal has been signed and sealed, I do NOT look forward to seeing an email whatsoever or hearing from the DKM (D’banj, K-Switch, Mo’Hits) crew, and all is well again.”

D’banj’s email to Don Jazzy
Will you return the Bentley I bought for you? – D’banj
Same day, D’banj responded to the email, stating,

“In case he (Don Jazzy) forgot, this is the arrangement! 50/50—–song writer/ production, which means for a song X for artiste Y, 75 per cent as per production is fully owned by Mo’Hits and writing is shared 25/25 with the individual artiste co- writing. So, that’s the deal! So him (sic) saying 40 per cent is not his to give away is more like 75per me and 25per each artiste.”
He then asks, “What do you mean by any bills or loans would be cleared by Mr. D’banj? That will never happen because when I ran the company, I ran it perfectly and well. So, if I give him my shares he is left with 100 per cent liability. My catalogue is everything that has been done with the Mo’Hits system and under the normal agreement we have, that means everything I have recorded or that has been recorded whether new or old, or even classic, whether beat with concept or even idea without beats, anything we did as a team and sponsored by me throughout, then, it is mine. Including K-switch clause and all mine and even Wande’s singles and all till the date of signing even today.”
Continuing, D’banj writes, “And now, (I) wanna clear the air on this Samsung deal! I would expect by now that you understand that me keeping quiet is being GENEROUS because this is a deal structured under Mo’Hits Records, (and it is) the first deal and income you would ever bring into the company in  eight years. We shared the first 150k (One hundred and fifty thousand dollars) the right way, 1/3 down and that was cool. But after you collected another 130k and did not say anything (that) is and could be described as theft! I only refused to contact them (Samsung) directly because of your reputation. But please don’t call me a fool and let’s know who is generous!” D’banj was not coy about his anger. He states that after sharing over N1bn with Don Jazzy in their Mo’Hits days, he was shocked that the producer would now sideline him when he got the balance from Samsung.’’
D’banj writes further, “Please, please, will he (Don Jazzy) return the Bentley because I bought it for him and it was N5.2m more than mine? And Prince that he claims has no signed contract but is actively involved and signed via engagement– I win his catalogue too – all recorded whether released now or not! This is because no one questioned me when I bought D’Prince N11m naira car (LR3/Range) without releasing any album just to boost the image of the boy and it worked for him! So, let’s get the facts straight, I AM BEING MORE THAN GENEROUS 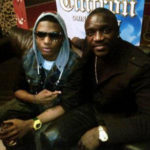 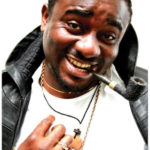