There was
confusion at the lobby of the National Assembly in Abuja on
Friday as a member of the House of Representatives, Mr. Ibrahim Olaifa, and his
aides manhandled an official of the Federal Road Safety Corps. The offence
of the FRSC official, Mr. Mediel Jerry, was that he reportedly clamped Olaifa’s
car for parking at an unauthorised area in the complex. The car, a
2011 Honda Accord marked MHR 100, was parked at the entrance to the lobby
linking the Senate and House chambers.
The security
division of NASS had disallowed parking in front of the lobby, a new security
measure taken in the wake of recent threats in the country.
Findings
indicated that security officials and traffic control personnel at the NASS were
under an instruction to clamp any vehicle that breached the rule.
The vehicles
of several lawmakers and top officials of the NASS are frequently clamped for
disregarding the rule. Olaifa is a member of the Accord Party representing
Oluyole Federal Constituency.
His political
aides immediately crowded the
FRSC official, claiming that there was no intention to park the car in the
security area. His aides
punched and shoved Jerry mercilessly in front of the lobby in the presence of
the lawmaker.
When the
beating became too much for the FRSC official, he ran into the lobby, seeking
help from policemen and other security officials. Olaifa’s
aides ran after the official, shouting, “Thief, thief, thief.” The aides
caught up with Jerry, punched him the more and got some buttons removed from his
uniform.
They were
about to drag him out of the lobby, insisting he must unlock the clamp when a
plainclothes female police officer came to his rescue. “Stop, stop,”
she ordered the aides.
It was at
this point that Olaifa started telling his aides to stop the beating. The lawmaker
pointed fingers at the official, whose face had swollen up, demanding
explanations for clamping his car. Some members
of the FRSC, who were alerted to the development, rushed to the lobby and took
Jerry to the police unit at the National Assembly to lodge a complaint.
The same
aides also rained abuses on journalists for daring to come to the scene to find
out what happened. One of the
aides, a heavily built lady, tried to assault the reporters. Olaifa
threatened court action when his views were sought over the incident.
“Go and
publish whatever you like; I will go to court and you will be hearing from my
lawyer if it is not the truth.
“I know Punch
and I have been in relationship for a very long time.
“Write
whatever you want to write,” he added.
The shouting at the lobby caused
confusion as many staff members and security personnel rushed to the place,
thinking that there was a major security scare.
When contacted, the Chairman of the
House Committee on Media and Public Affairs, Mr. Zakari Mohammed, blamed the
beating on the political aides and not Olaifa. 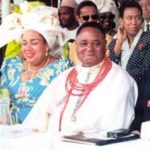