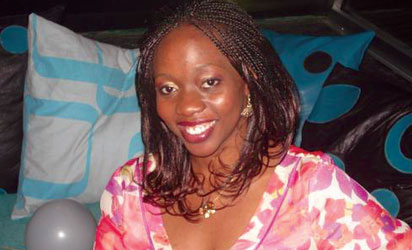 THE Somolu family in Lekki area of Lagos and the authorities of  a
private school in Mafoluku,Laureates College and Kiddies’ Kingdom
Private School, are in deep mourning and inconsolable.

Last Sunday’s Dana Airplane crash in Iju-Ishaga, Lagos, which claimed
over 150 lives dealt them a devastating blow. Ms Oluwakemi Ayoola
Somolu, their only daughter and one of the most successful members of
the family, died  in that crash with nine of her friends who were
returning from Abuja after attending the wedding of one of their
friends. She died exactly three months to her own wedding.

Before the tragedy, all was set for her wed lock billed for the first
Saturday of September, 2012; the wedding gown had been imported
alongside the costume, expenses for the bridal train had been taken care
off, the hall and the catering have been paid for and plans were in top
gear for the honey moon.

Being the last born in the family of three, the bride’s family, the
Somolus, who reside in Lekki was looking forward to this day of joy and
was planning it in a big way before the tragedy struck and Ms Oluwakemi
Somolu, an alumni of Queens College, met her untimely death.

Though she resided overseas, Ayoola had arrived Nigeria penultimate
Friday for a friend’s wedding which took place in Abuja on Saturday June
2 and was in the company of her nine other friends on that day when the
unexpected happened. The 10 friends left Abuja on that fateful day and
were in the Dana aircraft. Unfortunately, they all lost their lives in
the air mishap.

Vanguard gathered that her 80-year old mother and proprietress of
Laureates College and Kiddies’ Kingdom Private School, had wished her
daughter had stayed at home on that weekend but  Ayoola pleaded with her
and promised to come back the following day not knowing that that would
be the last meeting with her aged mother.

The aged mother told her relations that ‘my daughter arrived from
overseas to attend her friend’s wedding but she is no longer alive to
witness her day of joy. The Somolus have been planning the deceased’s
wedding in an exclusive way but see how the whole thing has gone, it is a
big blow to the family. Who will wear her wedding gown now?” she cried

A close friend to the family, Mrs Bridget Anayo, said Ayoola was the
favourite child of her aged mother and was to take over the running of
the school as both parents are advanced in age but this was never to be.

When Vanguard visited the school at  3/5 Olayinka Adenubi Street,
Aviation Estate, Mafoluku last Thursday, all the teachers had just
arrived from a trip to Lekki where they paid a condolence visit to their
aged proprietor and all of them were in pensive mood.

Some staff of the school and parents of students told Vanguard
that  the deceased had left a big vacuum that would be difficult to
fill. “The heroine of the Somolus has fallen, who are we to question the
creator of Heaven and Earth? May God grant her eternal rest in His
bosom,” said Mr. Okolie Ramond.

The Head teacher of the 26-year old school, Mrs Iwuchukwu F.E, said
Ayoola’s demise was a big blow to the Somolus. “Everbody who came in
contact with her usually had a story to tell. She  transformed  many
lives and was working hard to make many people great. We have lost a
benefactor, a motivator and a bread winner to many. She died at a time
many needed her most, who can question God? He knows why He did this and
nobody can question His authority,” she said.

I fainted when I learnt of Levi’s death — Brother

Like the Somolus, the mood at the residence of Chief  Emmanuel
Ajuonuma, the eldest son of the Ajuonuma family, who was still in a
state of shock over the death of his younger brother, Dr Levi Ajuonuma,
was  sorrowful.

Chief Ajuonuma who laboured to grant an interview to
Vanguard Newspapers, was still confused about the whole incident and has
continued to  ponder why it had to be his ever lively Levi, whom he
described as the love of the family, being the last child of their
parents, and was until his untimely death, the heartthrob of the
Ajuonumas.

He is yet to come to terms with the demise of his brother and has
continued to question why Levi had to be on that ill-fated flight. “God
knows everything, it has happened and that is it. He knows why He
allowed the crash to occur and there is nothing anyone can do to bring
the dead back” he sorrowfully stated.”

Continuing he said: “When I first heard the news of the Dana plane
crash I wept bitterly for Nigeria not knowing that my own brother was
among the victims. It was indeed a terrible occurrence and when finally I
was told that Levi had died in that plane, it was so shocking that I
fainted”.

He added that “Levi was full of life, we were neither expecting him
to die soon nor was he, someone who had no need for Paracetamol and all
of a sudden, we heard he was dead, it is really heart breaking.”

He disclosed that the family had been asked to visit the morgue for
his corpse today, hopefully, burial arrangements according to him, would
be announced later.

Some of his relatives, who are still shocked about the loss of their
beloved brother have resigned to fate as they preached that the daunting
challenges facing the nation were signs of the end. They called on
Nigerians to establish a personal relationship with God to be able to go
through the difficult times.

The mood is same in Owerri where people have continued to visit some
of  Levi’s relatives to sympathize with them.  Speaking from Owerri, Imo
State, a relative who sounded dazed by the untimely demise of her
brother in-law lamented that death had dealt the worst blow on her.

Also, a close colleague of the deceased NNPC spokesman said that Dr
Levi’s demise was a monumental loss to both the organization and his
family. 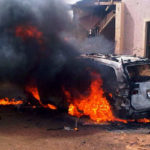 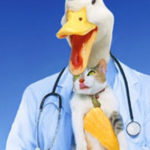