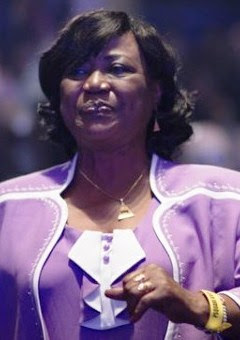 Mrs. Okoye before her death was widely known as one of the major pillar and
source of inspiration to the singing twin brothers (P-Square). She had been
in and out of the hospital for about four months before she eventually died.
She is survived by her Jos based husband, children; Ifeanyi, Henry, Jude,
Lilian, Tony, Peter, Paul and Mary.

In the words of Peter, the eldest half
of the P-Square twin brothers, their mother will be greatly missed, not just
because she was their mother, but because she played a vital role in the success
story of P-Square and remains their role model. “You know that she was a
prayer warrior, so I don’t need to tell you how she stood by us spiritually.
Besides, she was the only one that believed in us when we decided to make a
career out of music. She was our source of inspiration and our role
model!
“I can remember that she used to sneak us out at night then to
attend shows without the consent of our father who insisted that we must quit
music to face our education,” Peter said.
……Continue to see Paul’s…

While
Paul who has broken down since the news was broken to the family, his mum
remains his world and everything. “My mum remains my world and my everything.
She has done so much for us and can’t just have enough of us. She was the pillar
behind us and was there when we were nobody till now when we are two of the best
in the country. It’s indeed a sad one and I would forever miss her!” 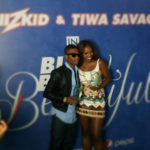