On July 22, my daughter Cynthia called me and said that she had arrived Lagos. She was a student of Nasarawa State University in Keffi. She owned a boutique, which she opened when she was a third year undergraduate”.

“They usually brought her goods imported from the United States, but that fateful July 22, she told me that they were bringing her goods from England”….Continue

“She said this time; she wanted to buy English goods to add to her other goods. She told me that since school would be resuming the next day, she would take the next flight to Jos to see me.

“As she did not arrive as she promised and we did not hear from her, we raised alarm and declared her missing”.

“Then on Monday, August 20, they said we should come to Lagos and that they cannot disclose anything unless we come”.

“It was when my son got to Lagos and they took him to the mortuary that they saw her corpse. I don’t know anything that happened again after that”.

The suspects in Cynthia’s death, Mrs. Osokogu said, told her daughter when they received her at the airport at the Lagos that her goods were in the hotel room and that they wanted to show her there.

“When they got there, they now strangled her to death, tied her mouth and everything. That was all”, she wailed. 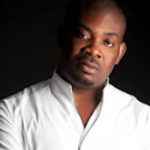