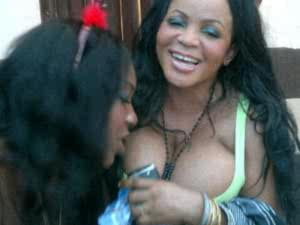 Mrs. Janet Ishi of Orok Orok Street, Calabar, capital of Cross River State, is currently a worried woman. The source of her bother is her eldest daughter, Eno, whose sexual preference is less than conventional.
Eno is a member of the city’s growing tribe of lesbians. And they are found everywhere–civil service, army, police as well as secondary and tertiary institutions. Queen, a dark-skinned beauty, told
TheNEWS that lesbians usually seek partners among teenage secondary school, polytechnic and university students. Places like Halls 8 and 9 (Winnie Mandela Hall), Female Medical Students’ Hostel and the School of Nursing Hostel–all at the University of Calabar; Cross River University of Technology female hostel, Federal Government Girls’ College hostels and  female hostels in private schools are pools where lesbians go to fish….continue reading


Ufot, a 19-year-old girl Law student, told this magazine that several girls approached her at the University of Calabar’s Winnie Mandela Hostel, but she rejected their overtures. However, while visiting Abuja during a semester break, she was introduced to lesbianism. “My sister’s neighbour kept coming to our room to woo me each time my sister was out. She was the one that bought this Nokia X3 phone for me and often gives me money. Each time I made a move to return to school, she would weep and discourage me from going back. It was when she travelled that I left Abuja,” she said.

Lesbians, as heterosexuals do, also keep regular partners and get jealous the same way.
Adun (not real name), a journalist with a national daily, narrated his experience with Cynthia, a girl he thought was going to be meeting his sexual needs. “I took her out to all the nice places in Calabar just to put her in the mood, but she was not forthcoming. I had to make some enquires about her and was told by some people who knew her that she is a lesbian and that she has two female sex partners in the neighbourhood,” he said.

A lecturer at the Department of Sociology, University of Calabar, Dr. James Akapama, told this magazine that the environment creates the atmosphere that engenders same-sex relationship. “These people are young and their minds are susceptible to corrupting influences. They may just want to explore the experience, not knowing that they would be hooked,” he said.

He warned that social influences beyond immediate pleasures can change the direction of one’s life. Dr. Irene Aniyom, Director-General of the State Action Committee Against AIDS, SACA, said lesbianism increases the spread of HIV/AIDS in the state. She said statistics show that over 35,551 persons are currently confirmed to be HIV positive in Cross River State. This figure, she said, is obtained from tests conducted in hospitals, HIV test centres and other medical facilities across the state. 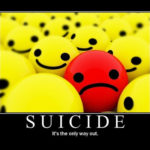 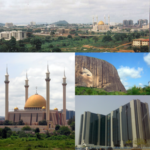