A Nigerian medical consultant in the United Kingdom has lost his job at an NHS hospital after carrying a sample of HIV-infected blood in his hand luggage while flying from Nigeria to the UK, a High Court judge heard.
Tubonye Harry – who was a genito-urinary specialist at the James Paget Hospital in Gorleston, Norfolk – was returning from Nigeria, where he did private work, Mr Justice Burnett was told. The judge said the sample should have been packed in the aircraft’s hold and Dr Harry had breached regulations designed to prevent passengers being exposed to infection. Dr Harry had also broken rules by opening a package containing the sample at home instead of in a laboratory, the judge added…..continue reading
He was dismissed by James Paget bosses earlier this year.
‘The transportation of human blood is governed by strict regulations,’ said Mr Justice Burnett.
He added: ‘On a return journey from Nigeria in December 2010, Dr Harry accepted that he carried two samples of blood, one infected with HIV, in his hand luggage.
‘He said that they were appropriately packed in accordance with the regulations, but agreed that the regulations required them to go in the hold. He said that he had been unaware of this.
‘The second aspect is that he opened the package in which the samples had been transported at home. He then took them to the laboratory. The regulations require that samples be opened in the laboratory.
‘The rationale behind these strictures is not difficult to divine. Should an incident occur in which a phial of infected blood is broken there is a risk that people might inadvertently come into contact with it and be exposed to infection.’
Details of the case emerged as Mr Justice Burnett ruled on a dispute between Dr Harry and the General Medical Council (GMC) – which registers doctors – at a High Court hearing in London.
Dr Harry, who also faced a number of other allegations relating to his work, has been suspended pending the outcome of GMC disciplinary proceedings, the judge was told.
But he argued that the GMC’s 18-month interim suspension was unfair and unnecessary – and the judge agreed.
Mr Justice Burnett terminated the suspension, which prevented Harry from seeking alternative work, saying it was ‘disproportionate’.
Dr Harry qualified as a doctor in 1979 and had been a consultant since 1996.
He carried the infected blood from Nigeria in 2010 and lost his job at the James Paget in January. Hospital bosses had then referred the case to the GMC, the judge was told.
Culled from Mail Online 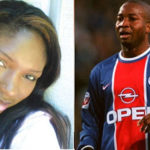