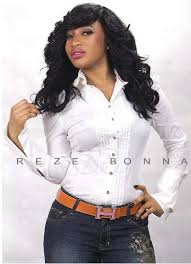 I know you feel beautiful this morning! Well, beauty is in the eyes of the beholder. For me, you are nowhere near ‘beautiful’. You are just there. But before I tell you what I really want to tell you, I need to tell you something. There is a lady called Adele. She is a singer. She sings. I need to explain what a singer means, because I understand that you have no brain at all. Because I hate sugar-coating, I am hated by a lot of people. You are just like me too. I will understand when people hate you, but, seriously, if you think Igbo men are nosy, then, you are right. That is your opinion and you must protect it……

I am an Igbo man. I will defend myself right now. Back to Adele. I will tell you everything about this young lady who transformed herself into something very beautiful in the eyes of men. I also understand that you don’t know her, but it won’t hurt if I tell you about her now. This is what TIME magazine wrote about her few days ago: “As talented and appealing as she is, few could foresee how utterly dominant Adele would be in 2011: in an era where even the highest-tier musical acts can struggle to move records, her sophomore effort, 21, sold 17 million copies worldwide and spent 16 weeks at the top of the Billboard 200 chart, the longest for any record since 1998’s Titanic sound track. Combined with sales of her previous album, 19, Adele has topped the U.K. charts for 21 weeks — a feat matched only by the bands Oasis and Queen.” Tonto nne m, Adele is 23. You are older. She is not worried about her future. You are. She is focused about her music.

You are worried that no Igbo man will marry you after you’ve created yourself into a bamboo stick. Truth is that I don’t know you personally, but you’ve created a strong mystery around yourself. People see you as a soul from hell. They say you’ve sold your soul to the devil. Me, I don’t know where the devil lives, but I think you have. You even went ahead to show us tattoos at your back. I just didn’t understand why you did that. As an Igbo man, I will never marry a woman who has shown the entire world ‘my tattoos.’ It is not good. I am an Igbo man, so I will need to know who snapped the picture. Maybe, your secret boyfriend? This is the reason why we are bad, abi? Adele doesn’t go around seeking attention. She doesn’t pay anyone to publish pictures of her tattoos. Who knows? She may just have a lot of them. I haven’t seen them. I have seen yours.

There is nothing wrong in you tattooing your entire body, but what is my business with that? Are you not supposed to be an actress? Of course, I understand that you appear in pornographic films now? That is good. At least, you are doing what you know best. But to pick on Igbo men? This is very unacceptable. You insulted a lot of us. This simply shows how unintelligent you are towards anthropology. Men are the same all over the world. Igbo man, Yoruba man, Hausa man. We all treat women in similar ways. We love unconditionally. And we all become nosy when our women start acting like you. If your father is an Igbo man, dearest Tonto Dikeh, you are a monkey. But I will be sorry if you didn’t say that. I only rely on the media, since I don’t know you

personally. If you didn’t say it, Tonto, I am very sorry. I will publicly apologise. Yet, I believe you did, because you do so many things after marijuana. If it’s not good for your brain, stop smoking. Listen to Adele’s Someone Like You and you will feel good.

I don’t look forward to hearing from you. 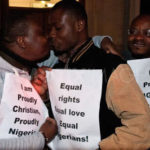 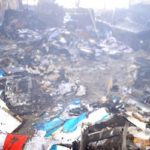