A man is so addicted to eating plastic bags he even steals them from grocery stores to satisfy his cravings.
Robert, 23, from Oakland, Tennessee, has been eating plastic bags since he was seven years old.
Since his addiction began he has consumed a staggering 60,000 bags, which is enough to cover an entire US football field.
He starts off his day by eating a bag for breakfast – and he prefers the blue plastic bags that newspapers are delivered in. Sometimes he even drives around the neighbourhood looking for newspaper bags that have been left outside to satisfy his cravings. And he even steals the see-through plastic bags on display for fruit and vegetables at the grocery store.
Robert believes that different coloured bags have different tastes but speaking on TLC’s My Strange Addiction, he says the blue ones are ‘just delicious.’Sometimes he survived for a day and a half without proper food after gorging on plastic.
His fiancee Ashley is concerned over his addiction – and wants him to stop before their wedding in six months time…lol why would you want to marry someone with such crazy addiction? Peep Ashley’s photo when you continue. 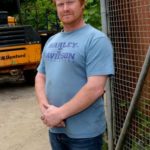 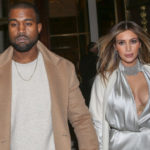