Menu
A 30-year-old corps member and housewife, Funmilayo (pseudonym) has been battered by her husband, identified only as Bade, who also allegedly poked his finger into her eye during a disagree ment at their home in the Surulere area of Lagos State. 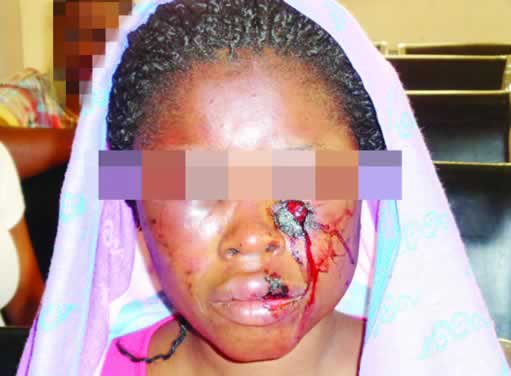 Bade was also alleged to have stabbed her in the face with a broken glass and rained blows into her head and face.

She was rushed to a health centre in the area before being taken to the Lagos State University Teaching Hospital, Ikeja.

Policemen from the Surulere division were said to have arrested and detained Bade, after which he was released on bail.

PUNCH Metro learnt that the drama happened last Monday at the couple’s residence in the Kilo area of Surulere.

Funmilayo, an Insurance graduate, said she had followed her husband to his parent’s house on the day, and they had returned around 8pm.

“Immediately we got home, he said he wanted to go for a meeting somewhere and I told him to return as early as possible before they shut the street gate at 10pm.

“When it was 11pm, I called him, but he didn’t pick his calls. He also did not respond to a Whatsapp message I sent around that time. He later picked his call and I warned him that if he returned too late I would not rise up from bed to open the gate for him.

“Around 1am, I called his telephone line again and I heard a noise at the background. I overheard a lady talking. I told him I was going for my NYSC Community Development Service early in the morning, but he ignored me.”

Funmilayo, who already had two children for Bade, said she returned to bed, but her husband did not return until it was 2am.

“At about 2am, he called me on the telephone and said I should come and open the gate, but I ignored him. When I eventually went downstairs to open the gate, somebody else had done it.

“He abused my mother and I cautioned him, but he said it was my day of reckoning and my cup of iniquity was full. I was in my night gown that time.

“He picked up his belt and started beating me. As I tried to run away from him, I fell down. During the struggle, a mirror fell on the floor and he stabbed me with a splinter. He sat on me. I screamed in pain and shouted for help, but nobody came to my rescue.

“He poked a finger into my eye and gave me several blows in the face,” she said.

Funmilayo explained that she managed to bite Bade’s leg, adding that it was then he let go of her.
She said an in-law rushed her to a medical facility in the area before she was later taken to LASUTH for treatment.

However, PUNCH Metro gathered that after the detention of the suspect, some family members prevailed on the victim to let go of the case “because of the children.” The couple were, however, said to have separated pending when the matter would be fully resolved.

When contacted, Bade denied attacking his wife, adding that she was the first to assault him.

“All she said was a lie. It was my hand that I used to beat her and she was the one that used a plank to hit me in the back and even stabbed me with the broken mirror.

“I have a deep cut in my back and in the front. I slapped her.“She got a swollen face because she is plump,” he said.

The Police Public Relations Officer, SP Dolapo Badmos, said the police were preparing to take Bade to court when his wife came to withdraw the case.

“A case of assault occasioning harm was reported against the man.

“He was arrested, detained and given bail to a reliable surety and warned to report back the next day during which the charges were ready.

“But the wife (victim) came back and was pleading, along with both families, not to take the case to court on the grounds that he is her husband and the father of her children.

“However, undertaking was written by the husband to be of good behaviour. The case is still on 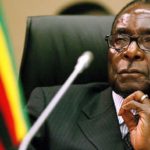