Search
ADD POST
Menu
Search
IN a bizarre case, an 18-year-old Murehwa man is alleged to have raped his brother’s wife throughout the night after sneaking into the woman’s blankets while masquerading as her husband.

The incident, which left the villagers shocked, is alleged to have occurred on July 4, 2013, when the suspect was staying at the same homestead with his brother’s wife while the woman’s husband was away in Harare.

On the day in question, it is alleged the teenager told his brother’s wife that he intended to attend an all-night prayer elsewhere, but had received a call from his brother who said he was arriving late that night from Harare.

The teenager further told his brother’s wife he had been instructed to tell her to leave the door open in case he arrived late.

“At around 9pm to 10pm, the accused person went to the window of the bedroom where the complainant was sleeping and knocked as if he was the complainant’s husband and the woman unlocked the door presuming it was her husband,” the State papers read.

The State alleges when the teenager entered the bedroom, the woman got out to relieve herself and when she returned she found the suspect already in the blankets and the two started chatting in the dark and the teenager was speaking in a low voice.


“When they were discussing, the accused person, who knew about the sour relationship that existed between the woman and her husband, apologised for neglecting her when she eloped to him. After a while, the complainant got into the same blankets and had sexual intercourse with the woman throughout the night,” the State alleges.

The following morning, the woman was allegedly shocked when she noticed the teenager’s clothes on the chair and when she uncovered the person who was in the blankets, she realised she had been duped and had spent the night with the suspect.

The woman rushed to the village head and reported her ordeal, but when the suspect was questioned, he denied the allegations, saying he had spent the night at an all-night prayer.

The matter was reported to the police, leading to his arrest.

The suspect last week appeared at the High Court seeking bail, but his application was deferred to next week. 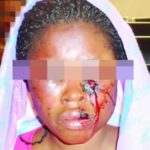 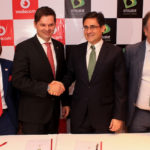