Connect with us
A 67-year-old retiree, Mr. Okon Edet Iwang yesterday committed suicide in front of his room at 13B, Ekpo Iso Lane, Ikot Ansa in Calabar Municipality. 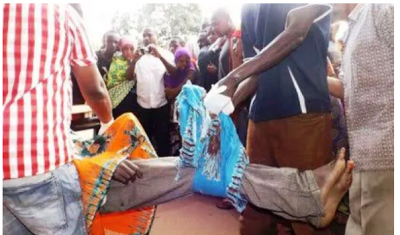 A neighbour, who pleaded anonymity said Mr. Edet, who hailed from Obot Akara, Ukposin Atai in Akwa Ibom State, had been suffering from diabetes for close to three years, but was gradually recovering before the suicide.

“Before going to church yesterday evening (Sunday), I saw him and when I also came back at about 10:30p.m. we greeted. I was shocked when I woke up this morning (yesterday) to see his lifeless body dangling.”

The neighbour said Iwang used the clothesline residents use to dry their clothes to hang himself in front of his room, adding “he was recovering from his sickness because the diabetic sore on his leg was healing very fine.

“We are still in shock that Ette Aniette, as he is popularly known, could muster such courage. He was a very peaceful man,

The source also hinted that Ette Aniete, who retired from Industrial Trust Fund, ITF, was still receiving his pension and was even re-engaged on a contract basis before he was finally paid off due to his deteriorating health.

According to the source,

“he slumped sometime ago and went into coma, which lasted for about three months. He was paid off after he came back from the hospital.

“The sickness affected his eyes because he started developing partial blindness and I think depression also started setting in. We had to call his son, Aniette, to come and stay with him.

“His wife had left him during the peak of his illness and before that he lost one of his children. We believe all these must have contributed to his decision to commit suicide.

“We called the police immediately and they took his corpse away.”

See another photo below,…. 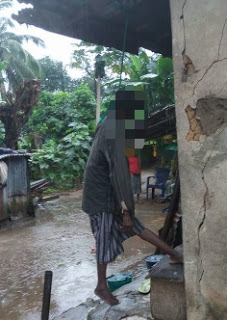 More Photos From The 6.2 Magnitude Earthquake That Hit Italy This Morning