Menu
A man, who said his younger sister, Faith Nwaneri, was allegedly assaulted by her Indian employer in Lagos, has cried out for justice. 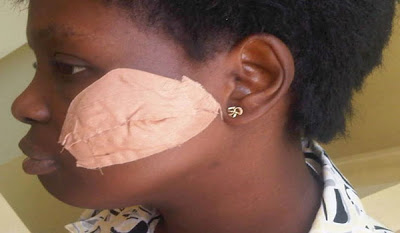 The man, Ignatius Chukwuka, alleged that the Indian, Jay Keswani, one of the Aswani Brothers, hit his sister with a briefcase on August 12 at his Benefista Tower, Banana Island residence and she fainted.

Chukwuka said his sister was Personal Assistant (PA) to the Indian’s wife and worked Fridays to Wednesday, with Thursdays being observed as her day off.

He said Nwaneri was delayed at the gate that morning as she didn’t have gate pass and had begged her way through in the last eight months, since her employers were yet to provide one for her.

Chukwuka claimed that when she eventually got into the residence, the man’s wife queried her for coming late and she explained that she was delayed at the gate for lack of pass.


Angered by her explanation, the woman was said to have confronted her husband, who then asked the young lady to give him the form he gave her to fill to commence the process.

Afraid that the Indian will tear the form like he usually did and fire her, Nwaneri, according to her brother, lied to him that she has submitted it, adding that she was just waiting for him to give her the money to process it.

“But when he insisted that he would follow my sister to the gate to collect the form at all cost, my sister seeing the anger in him quickly told him that she was still with the form and was waiting for him to give her the money so she could submit it for processing.

“He got furious that she lied to him and hit her with his briefcase. My sister fainted. At first, he thought it was a joke and hit her with his leg but when he pulled her over and noticed pool of blood, he quickly called his wife and they started pouring water on her head.

“At last, they revived her, left her at their apartment on the 19th Floor and left for the office. After my sister regained consciousness, she struggled through the back staircase to the basement, where a Good Samaritan helped her to Falomo police station, from there she was referred to Falomo Hospital, for treatment. There, my sister called me to come over and I paid the bills, then I took her home.

“When I contacted Mr Jay Keswani, to find out what would make an elderly man like him hit a lady, young enough to be his daughter and got her injured, he (Keswani ) claimed it’s an accident.

“The police at Falomo tried to invite him, but were refused entry into the island to serve him a letter of invitation. Security men at the tower claimed they were acting on instructions not to collect the invitation letter from the policeman who came to deliver the letter.

“The security men there at Benefista Tower also told us that they will do everything to silent the case, as they claimed it’s their responsibility to protect their clients as assigned. Since then, Keswani has been walking freely with no action taken against him.

“All efforts to reach him to resolve this matter by our lawyer proved abortive, as he has bluntly refused to comply.

“My question is what will prompt Keswani to hit a woman like that and claim it was an accident? If she had died in his apartment, perhaps, Keswani would have covered up this case, and had my sister thrown into the lagoon.

“Our lawyer wrote him for settlement and payment of compensation within seven days which ended yesterday (Saturday), but till now, there’s no response from him. It shows that this man has no regards for rule of law and Nigerian citizens,” he said 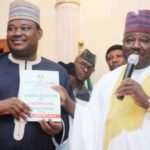 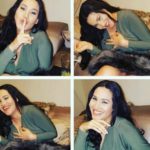