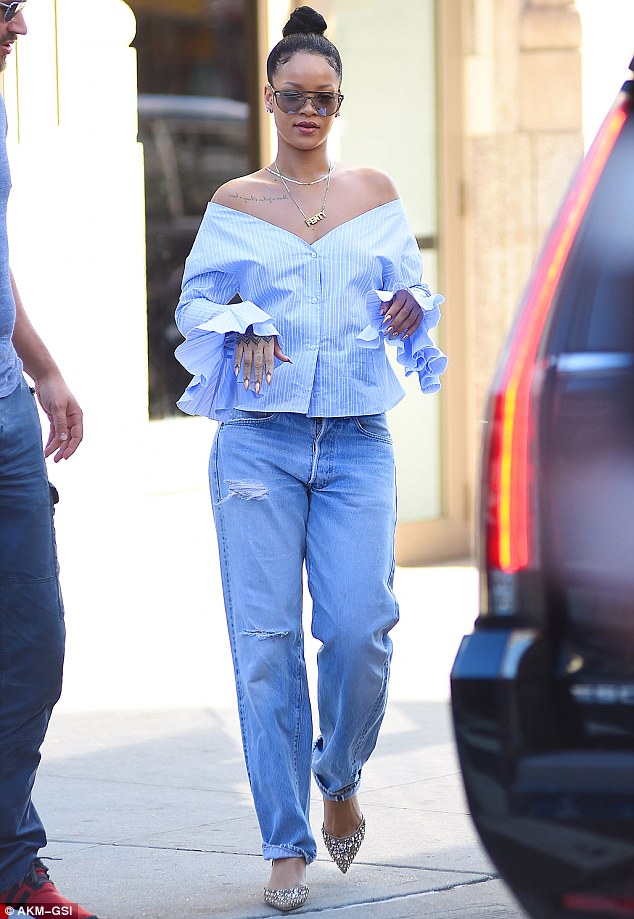 Rumours that they are more than friends have been surrounding Rihanna and Drake for months and Drake did little to stop tongues from wagging on when he surprised his ex-girlfriend with a very romantic gesture.

Rihanna shared a photo to Instagram which showed a billboard with the words: ‘Congratulations to Rihanna from Drake and everyone at OVO.’


The 28-year-old, who previously dated Drake but has kept silent on rumours they’re back together, added the caption ‘when he extra’, along with a heart and a trophy emoji. 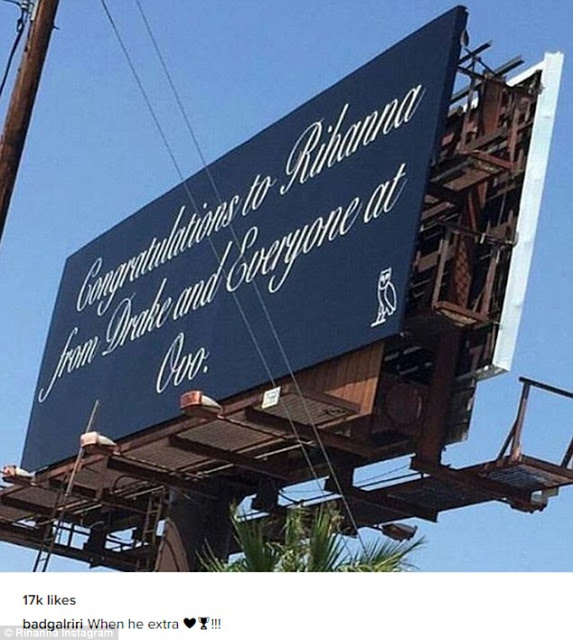 The Hotline Bling hit-maker, who founded record label OVO, was congratulating the Rihanna on this weekend’s MTV Video Music Awards.

Rihanna will be receiving the prestigious Michael Jackson Video Vanguard Award at Sunday’s ceremony, and will also be performing.