Menu
A man has narrated how an exposed armoured cable in Cele Lagos nearly killed his son after it electrocuted and threw him into the canal in Lagos. 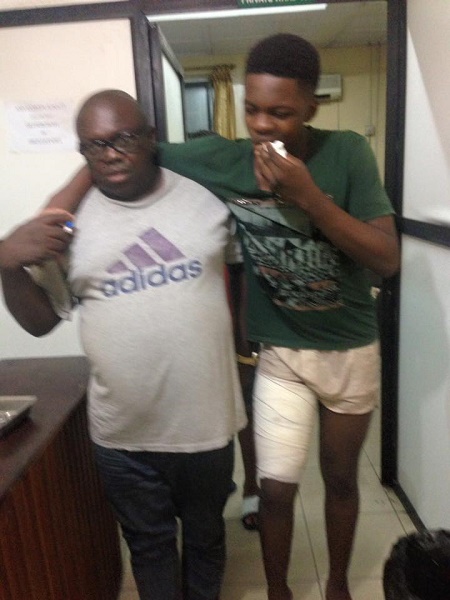 Jasper Ndubuaku narrated how he could have lost his son after he came in contact with an exposed armoured cable in Lagos.

“The devil came calling. And GOD said NO. I’ve been in Lagos since Monday 25th July looking after my Son Who just escaped death and is lying critically ill in a hospital in FESTAC town. My sons Obioha and Toby who are students of Kings college Lagos boarded an ABC bus to Owerri on Sunday the 24th of July at the Amuwo odofin park of the company.

“The bus which was supposed to leave did not depart until about 9 30 am only to break down at Cele bus stop, less than 5 km away. Passengers in the vehicle testify that the motor mechanic in the bus confessed that he told the management that the bus was faulty and can not make that trip but was forced to follow the bus and effect repairs if it develops faults. On disembarking from the bus, my son was hit by the radiation heat of a 33 Kv armored cable which Eko Discos left uncovered and exposed. 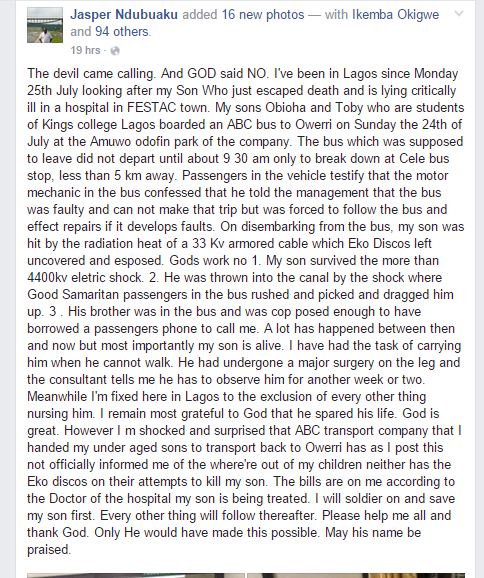 “Gods work no 1. My son survived the more than 4400kv eletric shock. 2. He was thrown into the canal by the shock where Good Samaritan passengers in the bus rushed and picked and dragged him up. 3 . His brother was in the bus and was composed enough to have borrowed a passengers phone to call me. 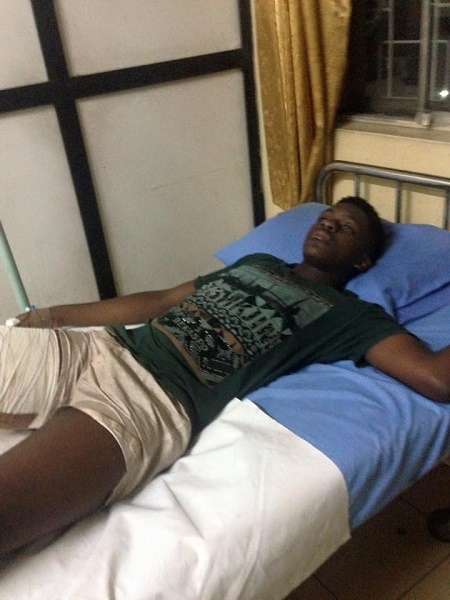 A lot has happened between then and now but most importantly my son is alive. I have had the task of carrying him when he cannot walk. He had undergone a major surgery on the leg and the consultant tells me he has to observe him for another week or two. Meanwhile I’m fixed here in Lagos to the exclusion of every other thing nursing him. I remain most grateful to God that he spared his life. God is great. 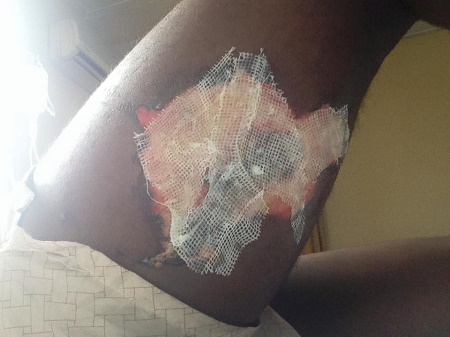 “However I m shocked and surprised that ABC transport company that I handed my under aged sons to transport back to Owerri has as I post this not officially informed me of the where’re out of my children neither has the Eko discos on their attempts to kill my son. The bills are on me according to the Doctor of the hospital my son is being treated. I will soldier on and save my son first. Every other thing will follow thereafter. Please help me all and thank God. Only He would have made this possible. May his name be praised.” 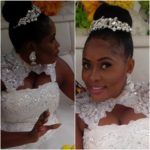 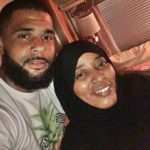