Menu
President Muhammadu Buhari will be seeking emergency powers from the National Assembly to push his planned stimulus for the economy. 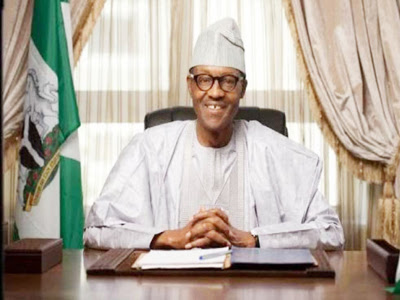 The objectives of the action-plan on the economy, which is in recession, include shoring up the value of the naira, creation of more jobs, boosting of foreign reserves, reviving  the manufacturing sector and improving power.

Government sources said the decision to seek emergency powers for the President was based on a proposal from the economic team headed by Vice President Yemi Osinbajo. The team reviewed the various policies so far introduced and how they have affected the economy.

The economic team, it was learnt, gauged the mood of the polity and decided that unless there is an urgency which some of the extant laws will not permit, “the recession may be longer than expected and Nigerians will not get the desired respite, which is the goal of this government”.

How can a President ask for Emergency Powers from the National Assembly to adjust laws so as to ‘fix the economy’? …..I find it suspicious and since this is the first time we would be hearing of this in our democracy, I also find it a bit alarming.


Amongst other things, the portion of the bill being quoted by newspapers which says he needs the NA to give him powers to sell off Nigeria’s foreign assets worth $50 billion, is very suspicious. Why do we have to sell off our assets just to shore up our foreign reserves? Isn’t this another ‘job for the boys’ politicians are clever at?

An executive bill titled: “Emergency Economic Stabilisation Bill 2016” is to be presented to the National Assembly when the Senate and the House of Representatives resume from vacation on September 12.

In the bill, the executive will be asking for the President to be given sweeping powers to set aside some extant laws and use executive orders to roll out an economic recovery package within the next one year.

Buhari will be seeking powers to:

(a) abridge the procurement process to support stimulus spending on critical sectors of the economy;
make orders to favour local contractors/suppliers in contract awards;

(b) abridge the process of sale or lease of government assets to generate revenue;

(c) allow virement of budgetary allocation to projects that are urgent, without going back to the National Assembly.

(d) amend certain laws, such as the Universal Basic Education Commission (UBEC) Act, so that states that cannot access their cash trapped in the accounts of the commission because they cannot meet the counterpart funding, can do so; and

(e) to embark on radical reforms in visa issuance at Nigeria’s consular offices and on arrival in the country and to compel some agencies of government like the Corporate Affairs Commission (CAC), the National Agency for Foods Administration and Control (NAFDAC) and others to improve on their turn around operation time for the benefit of business.

The extant law on procurement does not allow contract award earlier than six months after decision. Part of this is a mandatory advertisement of the contract for six weeks. The economic team has found this to be unacceptable, given our present circumstance.

Although the president has the power to order the sale or lease of any government asset to raise cash, “the procedure is cumbersome and long”. The draft bill is meant to ease the process. The government source said about nine government assets may be leased or sold to generate around $50billion to shore up the nation’s foreign reserves and the value of the naira against the United States dollar.

The source said: “Nigeria may be broke at the moment but we are not a poor country, given our assets and capability.”

The objective is that state governments will have access to cash to develop education. This will facilitate creation of jobs since contracts will be awarded for the projects.

The move to get government agencies to fast tract their operations is to enable foreign investors to come into the country without the current bottlenecks.

Consular offices will now be expected to make visas available within 48 hours and visitors, especially tourists who intend to pick up visas at the entry point, will be able to do so.

Time wasting at the airport with duplication of agencies screening incoming passengers is to be eliminated. Those leaving the country should go without hassle.

For the power sector, the government plans to truck gas from source to the power plants to enable them get what they need for generation.

A government source said: “This may be more expensive but it is a price to be paid for Nigerians’ comfort”.

It was learnt that President Buhari will engage the leadership of the National Assembly before their resumption to solicit support for the bill’s quick passage. 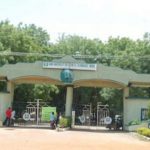 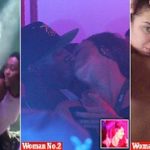