Connect with us
Security guards at a popular hotel in Niger State have reportedly murdered their boss and absconded with his car and cctv. 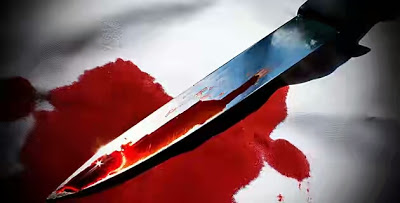 Mr. Lucky Okonkwo, the owner of Deploo Hotel and Suites, was murdered at his hotel in Suleja, Niger State by people who are thought to be his own workers.

The Niger State Police Command has started investigations into the killing.

The 59-year-old Lucky was stabbed to death on Friday by a three-man gang, suspected to be workers at the hotel, shortly after he returned from a trip to Kaduna. The man was said to be at the hotel for the purpose of supervision.

It was learnt that after killing the victim, the suspects took away the Closed Circuit Television decoder of the hotel, the victim’s phones and fled in his Peugeot 406 saloon car.

They also took away a file containing certain information about the hotel.

The security men at the hotel, who were the prime suspects, were reported to have fled immediately the incident happened and had since been unreachable on their telephone lines.

They were identified as Frank Anavukko, Victor Anerah and Emmanuel Adeh.

Punch Metro reports that the incident was discovered on Saturday morning by a housekeeper who saw a pool of blood streaming out from the victim’s office.

The matter was reported at the Madalla Police Division and some of the hotel workers were arrested.

Lucky, an indigene of Delta State, was said to be the immediate past Vice-President of the Nigerian Association of Technology Engineering, North-West zone.

According to Punch Metro, the victim’s first son, Paul, revealed that his father was killed around 7pm.

He explained that workers at the hotel claimed not to have known when his father was murdered.

He said, “He just returned from a trip and around 7pm of that day, he went to his office. When his workers didn’t see him and they discovered he was not reachable on his telephone lines, they called my mum the following day.

“She rushed down to the hotel and met him in a pool of blood. The workers claimed they didn’t know when it happened.  They said they only saw three people going into his office and the same set of people driving out in his car. They said they also saw those people with the CCTV decoder and when they queried them, they said, ‘Oga asked us to go and repair it’.

“Aside from the CCTV and the car, those men also left with his money and other valuables. We don’t really know the motivation for the murder.”

Paul said the family reported the case to the police at the Madalla division, adding that some of the workers on duty at the time had been arrested.

He urged the police to speed up investigations and bring the perpetrators of the crime to book.

A source told Punch Metro that the father of five struggled with his assailants before he was overpowered and killed.

He said, “The man was a retired PHCN worker. He was killed on Friday night. On Saturday morning, a man cleaning the hotel saw a pool of blood coming out of his office and raised the alarm. At the scene, there was a knife with which he was killed. There were also signs of struggle as the office table was broken. He had a deep knife cut in his palm, probably while he was holding the knife from piercing into him. They drove away his grey colour Peugeot 406 saloon car, with number plate KUJ-424 BB. They also made away with a file containing some information about the hotel.”

It was gathered that the case had already been transferred to the State Criminal Investigation and Intelligence Department, Minna.

A source said the fleeing hotel guards were the prime suspects.

He said, “One of them is already in Port Harcourt, Rivers State. How can something happen on Friday and in less than 24 hours, you have already disappeared to Port Harcourt if not that you are culpable?”

The Police Public Relations Officer, Niger State Police Command, Elkana Bala, said the police were closing in on the suspects, adding that information available to the police showed Lucky was killed by his workers.

He said, “He was suspected to have been murdered by his workers; he was not killed by outsiders. After the incident, those male workers ran away with his Peugeot 406. We are trailing them. The SCIID, Homicide section, has commenced full investigations into the matter.”