Connect with us
President Buhari has told the Economic and Financial Crimes Commission (EFCC) and other anti-graft agencies to probe even his own children or members of his family implicated in corrupt practices. 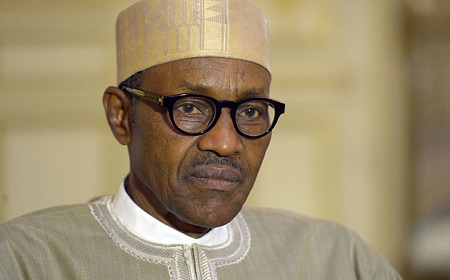 The President said he would not forgive the anti-graft agency if it fails to probe any allegation of corruption against his children and family members.

According to The Nation, a sketch of Buhari’s tough anti-corruption mindset and plans was contained in a book, “Muhammadu Buhari: The challenges of leadership in Nigeria”, which is authored by Prof. John Paden.

The book reveals how Buhari inspired the acting Chairman of EFCC, Mr. Ibrahim Magu as a school boy to develop anti-graft traits.

“Buhari’s attitude is to let the chips fall where they may in particular cases, although reform of the judiciary is one of his larger goals.

“Buhari has often said that if any of his own children were accused of corruption, and the authorities did not investigate, he would never forgive the authorities.”

It was also learnt that the President has rebuffed pressure to save his allies in the All Progressives Congress(APC) from being probed by anti-graft agencies.


In spite of their close family ties, it was learnt that President Muhammadu Buhari has failed to save the former National Security Adviser, Mr. Sambo Dasuki because his policy is that there should be no sacred cows in the anti-corruption war.

It was also revealed for the first time that Buhari does not have any grudge against Dasuki despite the latter’s involvement in the August 1985 coup, which led to the former’s removal as a military head of state.

“On numerous occasions, Buhari has urged public officials to do their duty without fear or favour. He has also tried to inspire younger generations to regard public service as an honest calling.

“For example, the current acting head of EFCC, Ibrahim Magu was a schoolboy in Borno when Buhari was military governor in 1975. Buhari gave a talk to a group of boys that included Magu and urged them to do their best.

“Magu was inspired and became a professional policeman.

“In 2015, Buhari asked Magu to head the EFCC, a dangerous job if done well. By mid-May 2016, Magu had secured 143 convictions of corrupt officials.”

Unknown to many, the book has revealed how Buhari resisted pressure to save his allies in APC from being arrested or prosecuted for corruption.

It also unfolded Buhari’s vision for a set of specialized anti-corruption tribunals to fast-track the war against corruption.

“The EFCC has been functioning since the administration of President Obasanjo, when it was under the direction of Nuhu Ribadu, a policeman and lawyer who initially was effective before political pressures began to intrude.

“Under President Jonathan, the EFCC was directed by Ibrahim Lamorde and seemed, from the outside, to be functioning well. Inside, however, rumours of corruption among EFCC officials abounded.

“Under President Buhari, the acting chair of EFCC has been Ibrahim Magu, who seems to have taken his lead from Buhari’s determined fight against corruption.

“The widespread investigations conducted by the EFCC and the number of referrals to prosecutors have been unprecedented in EFCC’s history.

“In addition, Buhari discussed his anti-corruption efforts with the Chief Justice of Supreme Court, Mohammed Mahmud, who agreed to establish a set of specialised anti-corruption tribunals.

“These tribunals would cover both military and civilian cases. Creating such tribunals, however, requires special authorization from the National Assembly, which has been slow in coming.

“Although a number of senior officials have been tried for corruption prior to the Buhari presidency, the extent of current corruption court cases in Nigeria is unprecedented.

“That does not mean that every case will lead to a guilty verdict.

“All of the accused are entitled to their day in court, and are likely to have high-quality legal representation; and there will surely be appeals and possible plea bargains.

“Cases may drag on for years. But the fact remains: the law is takings its course.

“Importantly, in none of these cases (apart from certain military procurement scandals that impacted National Assembly) has the prosecution been sponsored or encouraged by President Buhari.

“He has kept his hands off the judiciary, despite enormous pressure for him to come to the aid of APC allies.

“The question will arise when criminal cases are concluded as to whether the Nigerian judiciary is up to the task of being even-handed in such high-level cases.”

On a former National Security Adviser, Mr. Sambo Dasuki it was revealed for the first time that the President has no grudges with the ex-NSA.

“It is beyond the scope of this study to assess all the backstories of the relationship between Buhari and Dasuki. Suffice to say that the so-called grudge between the two has never really existed.

“Dasuki is 12 years younger than Buhari, even though Dasuki did participate in the 1985 countercoup.

“The family of Ibrahim Dasuki and the Buhari extended family have been linked by marriage for more than four decades.

“In addition, in his inaugural address, Buhari had professed that although “the past is prologue,” he had no time to pursue alleged “enemies”.

“Rumours were rife that the Dasuki trial would be held behind closed doors, rather than conducted in public.

“Dasuki insisted on a public trial and protested his innocence. How the judicial system handled such a high-profile case would be a major political test for Buhari.

“If the focus of the Dasuki case was on procurement corruption within the Jonathan military and political teams, the public exposure of the facts of the case would be in the public interest.

“But for national security issues that required confidentiality were involved, then a non-public trial might be warranted.

“Whether the judicial system was capable of handling such cases without fear or favour remained to be seen. The key was to deliver equal treatment under the law, and to be seen by wider public to be doing so.

“The last thing Buhari wanted was a show trial. His own administration would be on trial over how this matter was handled.”

The book has however X-rayed the complexities of the ongoing trial of some looters.

I’m so Gutted! – Comedian Bovi Cries Out as Airplane robbers disappear with his belongings