2018 just keeps getting better and better with in the music and fashion industries! With a good amount of unexpected good news, a little bit of shade from artistes and designers which as expected has us all sitting on the edges of our seats in almost palpable excitement and of course, a good amount of collaborations and surprise releases from musicians. Of all the collaborations of 2018 so far, none was quite as unexpected as the collaboration between powerhouse vocalist and songwriter Sia and the legendary music icon Dolly Parton although it was unexpected it was definitely not unwelcome.

A great deal of us grew up listening to the amazing voice of Dolly Parton on legendary songs like Jolene, Coat Of Many Colors and so many more and we’ve naturally gone on over to Sia’s more modern sound which has produced hits like Titanium, Alive, Cheap Thrills etc so this collaboration, amongst other things, is almost like a reconciliation between both sounds and eras with Dolly Parton’s (still very amazing) mature voice providing the classical foundation of Here I Am while Sia added her signature vocal style which we’ve all come to adore, and turned Here I Am (which was originally recorded by Dolly Parton in 1971 and quickly became a hit) into an even more beautiful masterpiece than we could have ever hoped for.

The revamping and reproduction of Parton’s 1971 hit Here I Am was necessitated by the production of Dumplin – a film which was recently acquired by Netflix about a plus size beauty queen who navigates the pageant world using Dolly Parton’s songbook. This might be a jump but going by Here I Am and the fact that the soundtrack is written by Parton herself and Grammy-nominee Linda Perry, we think Dumplin’s soundtrack will definitely be worth a listen.

Listen to the powerful duet here! 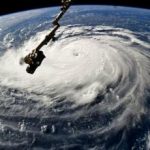 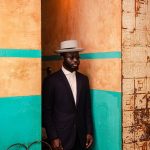