A man identified as Bruce Michael Alexander reportedly told the police that ‘Donald Trump says it’s okay to grab women by their private parts’ after he was accused of groping a female passenger on a flight – he allegedly twice touched the breast of a woman sitting in front of him on a Southwest Airlines flight from Houston to Albuquerque on Sunday.

The 49-year-old Bruce Michael Alexander, from Tampa, Florida, appeared in court on Monday to face one charge of abusive sexual contact.

According to a criminal complaint, the woman told authorities she thought the first touch may have been accidental but said she believes the second was not.

The man allegedly began inappropriately touching the woman, who has not been identified for legal reasons, after she dozed off on the flight.

When she was touched a second time, court documents say:

“she rose from her seat, turned around and told the passenger behind her that she didn’t know why he thought it was OK and he needed to stop.”

The woman asked to change seats and was relocated by airline staff.

In a written statement to police, Alexander recalled only that the woman in front of him spoke to him and then changed seats.

Shortly after the plane landed, Alexander was arrested.

According to a police report, the suspect’s hands reportedly matched the description provided by the victim — “thick fingers, were hairy and dirty fingernails.”

Alexander reportedly told officers after he was arrested that “the president of the United States says it’s OK to grab women by their private parts.”

During the 2016 US presidential election, The Washington Post published a video showing then-candidate Trump Donald Trump and TV host Billy Bush having “an extremely lewd conversation about women” in 2005.

In the Access Hollywood video, Trump described his attempt to seduce a married woman and indicated he might start kissing a woman that he and Bush were about to meet. He added: 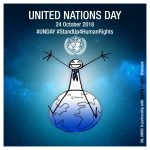 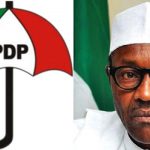