The Peoples Democratic Party governorship candidate for Lagos State, Mr. Jimi Agbaje, has said that the people of the state are tired of being under the control of one man.

He said that the voters in the state were bracing for a change and that the PDP would win the 2019 governorship election in the state.

Agbaje spoke in Abuja on Tuesday when he visited the national headquarters of the party.

He said, We are getting ready seriously for the elections and we just came out of the national convention stronger as a party.

This time, we intend to take over Lagos in 2019. The campaign for Lagos is set for us. It is clear to us in Lagos that what Lagosians are looking for is freedom from the vested interest that has gripped Lagos for nearly 20 years.

We have a situation where it had been under the grip of one or two persons and we are tired of that.

Though Agbaje said Lagos “is doing well” compared to other states, and the state could do better.

He said his campaign would centre on how to free Lagos State from the grips of those he said had been holding it in captivity.

Free Lagos campaign is a campaign that Lagos can be better and that the alternative can be a lot better than it is today.

The structure is being put in place and I am sure that at the end of the month, it is going to be a victory for the PDP in Lagos. 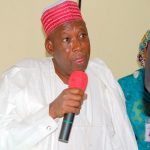 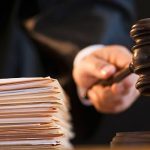