A South Korean pastor, Lee Jae-rock, who claimed to be “God” has been sentenced to 15 years in prison after raping 8 women who worship at his church.

Lee began his Manmin Central Church in the year 1982. He reportedly started with 12 members, but the church has grown to become a leading religious group with over 130,000 members.

Lee’s rape victims reportedly felt a sense of obligation to him, this forced them to obey his command because they believed he was “God”.

One of the women reportedly raped by her pastor told South Korean media, she was unable to turn down the request of a man she thought to be God. She said:

“I was unable to turn him down. He was more than a king. He was God.”

The Seoul Central District Court passed a judgment on 75-year-old Lee Jae-rock whose defense counsel alleged that the women were lying for revenge after they were excommunicated for breaking the rules of the church. 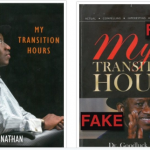