South East Governors would meet with President Muhammadu Buhari on Wednesday, November 21, 2018, to discuss the second Niger bridge, the Akanu Ibiam International Airport, Enugu and the non-representation of the region in the country’s security apparatus, among others.

This was made known when the Director General of the South East Governors Forum, Prof Simon Ortuanya, briefed newsmen on the scheduled meeting.

According to Ortuanya, the meeting is essential to discuss the issue confronting the region. He said:

“We are happy with the Federal Government which has finally awarded the second Niger bridge as we earlier said. The main contract was signed in August 2018 for N206 billion. The commencement for work on the bridge was with effect from September 2018.

“This is the first time the actual work on the second Niger bridge would commence. The Federal Government has released about N7 billion for this work, which for us does not represent up to 10 per cent of the total sum. So, we want to use this opportunity to call on the Federal Government to increase the money that they have released to the contractor.

“Fortunately, the contractor is Julius Berger and it’s a reputable company but we are urging the government to release at least 50 per cent of the contract sum so that we can have significant work on the second Nigeria bridge.

“We are also asking that the balance of the 50 per cent should be secured by the Federal Government bond.

“Another major item on the agenda is the Akanu Ibiam International airport and we want to ask the Federal Government to use this opportunity of meeting with our governors and bring back the contractors that have abandoned work because we still know that the tarmac is still bumpy, the building that has  damaged has not been repaired and we urged the federal government to please do the needful urgently. 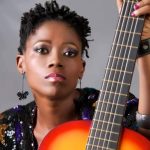 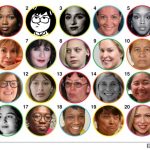