Following Lai Muhammed’ comment, Organised Labour threatens to go on strike again if the Federal Government fails to approve and implement the N30,000 minimum wage recommended by the tripartite committee.

Yesterday, November 7, 2018, Minister of Information and Culture, Alhaji Lai Mohammed, while addressing the State House correspondents at the end of the meeting of the Federal Executive Council (FEC), said President Muhammadu Buhari has not yet endorsed the new minimum wage of N30,000. Read the report HERE.

The General Secretary of Trade Union Congress (TUC), Musa Lawal, while reacting to the comment of the Minister of Information and Culture, Lai Mohammed, warned that anything short of the full implementation of the report would be met with stiff opposition. He said:

“They can say anything they want to say. Why were they panicky before? Why did they agree to the N30,000? They can call it a mere recommendation or whatever they want to call it but the important thing is that at the end of the day, if we do not get the N30,000, they know what we will do.”

The general secretary of TUC added that Organised Labour decided to shelve its planned strike because the government had expressed the willingness to accept the report of the tripartite committee. 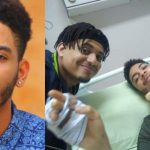 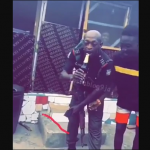