“We are in vulnerable situations. Forget about the stories and pictures of roads you are fed with in the media. They are mere fabrications or photo-tricks.

“Go to the south east and see how erosion has assumed destructive proportion. Some sights are not less impressive than Tsunami effects.

“So many roads have been scrapped, not just washed away, to the extent that not even bicycle of motorbike can ply them.

“It is now a common occurrence seeing pregnant women in labour being transported with wheelbarrows or local stretchers to maternities.”

Titi also said that Nigerians have been exposed to dangerous levels of poverty which has ravaged through the country and killed a lot of people.

According to her, the poverty in the northeast region of the country has killed more people than a terrorist group, Boko Haram, which has killed over 27,000 people during its nine-year insurgency. 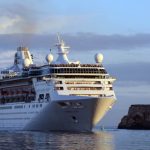 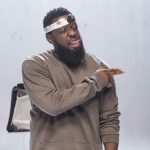