The Publisher of Daily Nigerian, an online newspaper, Jaafar Jaafar, has urged the judiciary to hasten their actions in the prosecution of corruption cases in the country.

Jaafar stated this when he received the 2018 integrity award in Abuja for publishing series of videos showing Governor of Kano state, Abdullahi Ganduje, allegedly receiving bribes from contractors working in the state.

The journalist said he has done his part by publishing the videos adding that he refused several attempts by many not to publish the video.

“I was discouraged by many people not to publish the videos but I stood my ground.”

Also speaking, Executive Director, Youth Alive Foundation and organizer of the award, Uduak Okon, said corruption would only reduce in the country if integrity is rewarded.

She noted that 500 nominations were evaluated and were whittled down to 150, and then 22, before the final 10.

Okon said awarding to citizens is “strategic” to the fight against corruption in Nigeria.

“If our leaders were first citizens with integrity, of course, they will lead with integrity in their core. This our strategy; to raise the right kind of leaders for the nation.” She said.

“For us, this award is a strategic to fight corruption in Nigeria. In Nigeria, you see everybody talking about corruption and we want to inspire people; we need to have more people of integrity, and when you do that, corruption reduces and the country will be better.

“We want it to become an honour just like the Grammy award or the Oscar. When people see that citizens are celebrated, more people will begin to shy away from corruption.” 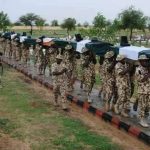 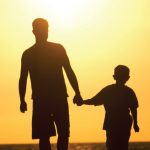