The Vice President Yemi Osinbajo showed off his football skills when he and some prominent All Progressives Congress (APC) Chieftains visited the Alimosho area of the state in continuation of the party’s house-to-house campaign in Lagos State On Friday, January 11, 2018.

Speaking to the crowd at Greenland Stadium in Abesan Estate, Ipaja, Mr. Osinbajo urged the APC members to work tirelessly for President Muhammadu Buhari and other candidates’ victory in the forthcoming elections.

He said Alimosho was very crucial to the APC as it is the local government area with the largest voting population in the state. He said:

“There are votes in Alimosho. We should all go out and vote on Feb. 16 for Buhari. We are expecting large votes from Alimosho, which has the largest voting population.”

Osinbajo then used the opportunity of being in the stadium to show off his football skill as he kicked a football right pass a goalkeeper into the goal net. 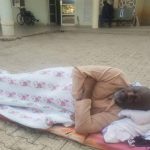 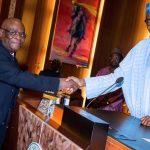