The INEC collation officer for the presidential election in Kano, Magaji Garba, announced that President Buhari of the All Progressives Congress (APC) scored 1,464,768 (78.9 percent) of the total votes cast to beat Atiku Abubakar of the Peoples Democratic Party (PDP), who polled 391,593 (21.1 percent).

In reaction, the PDP chairman and the party agent at the collation centre, Rabiu Sulaiman Bichi, expressed disgust with the way figures were tampered with during collation.

Bichi told reporters at the INEC headquarters in Kano that they will not accept the inflated figures of the election outcome. He said:

“We cannot accept such inflated figures and that is our stand. So we will go back and analyse the issue to know the next line of action to take.

“As you can see, the presiding officers complained of lack of use of card readers during the voting exercise of the presidential and National Assembly elections in the state coupled with over-voting.”

Asked whether the PDP will institute a legal action over the narratives, Bichi said that they shall look at the circumstances and provisions of the law and see what the law says so as to pursue their rights. 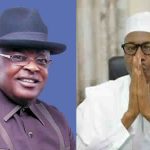 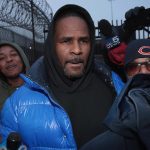