The National Leader of the ruling All Progressives Congress (APC), Asiwaju Bola Tinubu, has warned President Muhammadu Buhari-led government not to increase taxes in the country.

Tinubu issued this warning today while speaking at at his 11th colloquium held in commemoration of his 67th birthday at the International Conference Centre in Abuja.

According to him, rather than increase taxes, the government should widen its revenue sources so as to boost its base and do more for Nigerians. He said:

“I must say this to Prof Osinbajo and his team, don’t increase VAT but increase tax net to accommodate those who are not yet paying.”

The former Lagos State Governor also asked the government to make power readily available to Nigerians under its ‘Next Level’ policy implementation and stop charging Nigerians exorbitantly for electricity not consumed.

He said increasing VAT was tantamount to reducing the purchasing power of the people. He said:

The leader of the APC also requested the government to revisited its privatization and commercialization programme to make it more useful to the nation.

Speaking further, he added: “We must criticise ourselves.” 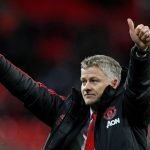 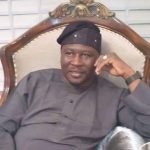