The Senior Pastor of Awaiting The Second Coming Of Christ Ministry, Adewale Giwa, has asked the General Overseer of Redeemed Christian Church of God (RCCG), Pastor Enoch Adeboye to tell Nigerians whether President Muhammadu Buhari is alive or dead.

Pastor Giwa made this call in a statement issued on Monday, while reacting to the abduction of 600 students from Government Boys Science Secondary School in Kankara Local Government Area of Katsina State.

Reacting to the ugly development, Pastor Giwa begged “Pastor Adeboye and those who supported the APC to win the 2015 election to tell Nigerians whether or not President Muhammadu Buhari is alive or dead.”

Pastor Giwa wondered why “the nation would have a president who could not lay his life for his citizens by protecting them.”

The outspoken cleric added, “By now, nobody should have advised the service chiefs to resign before they do so.”

Meanwhile, a student of the attacked Katsina School who escaped from the bandits’ hideouts, has claimed that two of his colleagues have been killed. 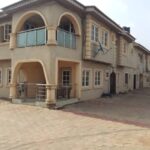