Over 1,000 people dead and 110,000 people with an estimation of 900,000 children have been orphaned as Cyclone Idai hits Mozambique, Zimbabwe and Malawi.

The incident is regarded as one of the worst tropical cyclones on record to affect Africa as about 3 million people have been affected. In Mozambique the number of dead has risen to 456, with 269 dead in Zimbabwe and at least 66 dead in Malawi.

Sadly the incident happened over a week ago in the three Southern African countries,  but it is only getting media recognition now as workers try to restore electricity and water and prevent an outbreak of cholera.

Apparently most Africans have no idea what happened in Mozambique, Malawi and Zimbabwe. Mozambique was hit by a strong wind!! Cycloneida. Over 1,000 people dead and 80,000 misplaced. Lets Send our Prayers and Love to our brothers and sisters in Mozambique.

Let's all come together and #PrayForMozambique. It is very sad to see what the Country is going through. The Media Black out is even more worrying. I just hope that the situation gets better. It's not okay to lose lives like that. ?? pic.twitter.com/tqdG7xTqRI

These figures are scary – about 1,000 people feared dead, and an estimated 900,000 children, that's half of the total 1.8M have been orphaned and made homeless by Cyclone Idai in Mozambique – one of the worst tropical cyclones on record to affect Africa. #PrayForMozambique pic.twitter.com/CsJm2VxunL

So this Cyclone hit Mozambique since 2weeks and we’re just hearing about it?

Reports say about 1,000 people are feared dead, and thousands rendered homeless. The media blackout on this is worrisome, imagine if it happened in Europe.
Signs of end time? #PrayForMozambique pic.twitter.com/hl5iuPZUdm

IT'S NOT A GOOD MORNING TO ME!!!
This is what the international media is afraid of showing us.
Let's all pray for the affected nations, families,and individuals in this difficult times.#PrayForMozambique #PrayForZimbabwe #PrayForMalawi pic.twitter.com/w8ofCjxSS8

What International media won’t show you. Let’s pray for the people of Mozambique, Malawi and Zimbabwe. ??? #PrayforMalawi #PrayforZimbabwe #PrayForMozambique pic.twitter.com/BFYJ39ClBz

I don't know why "We" blame the west for not highlighting the tragedies that hit us. They dealt with theirs before and we should deal with ours now. There is nothing wrong we are the ones who have reduced ourselves to beggars. Wake up Africa! #PrayForMozambique

What a sad morning ?? . Over a thousand people feared dead after Cyclone Idai in Mozambique. #PrayForMozambique
#PrayForZimbabwe pic.twitter.com/hbxEd7SyDZ

While we stand with our people in #PrayForMozambique It is time Africa put action before prayers! That is how it works. And stop blaming everyone else and expecting sympathy. The West has nothing to do with a cyclone, and they are certainly not Africa's dad.

#PrayForMozambique Why aren’t any media platforms talking about what’s happening in Mozambique, Malawi and Zimbabwe? They’ve just been hit with a massive cyclone and people are dying and being displaced. Is it not important enough?!?!?

People can’t even sleep right now in their houses tonight and I’m here complaining of heat. Oh Lord forgive me if I’m ever ungrateful ? pic.twitter.com/obg63ds2al

We cant just pray . You know and this is the problem with us Africans. We need to mobilize our own "little" resources and go help the people affected. We need to stop crying about what 'international media' does and doesn't do about our own situation. #PrayForMozambique

Africans should stop seeking sympathy from international media. Let's tell our stories ourselves and get necessary help. Social Media is a tool we can collectively use to achieve this. #PrayForMozambique

Fuck our African mentality. Not every situation can be solved by prayers. Those guys in Mozambique, Zimbabwe & Malawi don't need your prayers, they need physical support(evacuation), counseling, medicine on standby, food and clean drinking water.#PrayForMozambique

Over 1000 feared dead in Mozambique. Africa is not ready for this, God please help your children. #PrayForMozambique pic.twitter.com/2t1xxG42tQ

The media blackout Africa gets in times of distress is quite hurting.
Yo Mozambique, you will rise again from this Cyclone. #PrayForMozambique 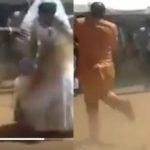 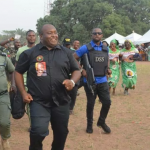