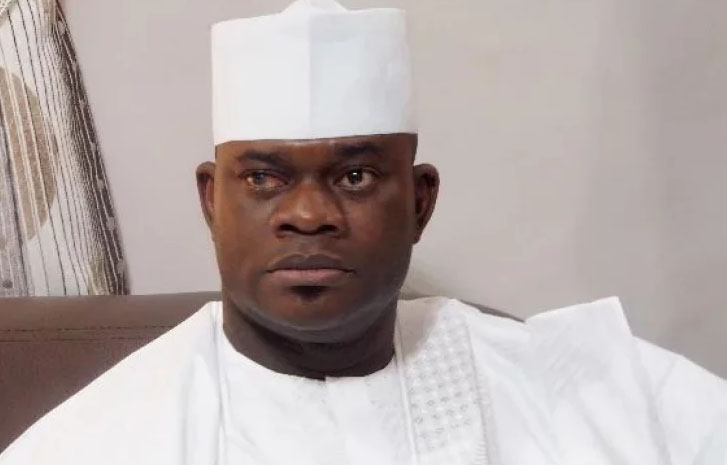 Stakeholders in Kogi State chapter of the All Progressives Congress (APC) has written a petition to President Muhammadu Buhari, asking that Governor Yahaya Bello should not be given a second term in office, over lack of leadership abilities to fight for the rights and privileges of Kogi people.

The petition, which was signed by Sen. Alex Kadiri, the Convener of the Kogi APC Stakeholders Forum, accuses the governor of receiving about N344billion in the last 38 months of his stewardship, without doing anything with the allocations.

The governor is owing salaries, pensions and gratuities, they said, adding that there are no visible capital projects on the ground anywhere in the state. The petition reads:

“Governor Yahaya Bello was never elected by the good people of Kogi State. The death of Abubakar Audu made it possible for Bello to be Kogi State Governor. He has shown everyone that he lacks leadership abilities. He can’t fight for the rights and privileges of Kogi people.

“We request you to step down your support for the candidature of Governor Yahaya Bello for the forthcoming election in Kogi State.

“If the party fields him as a candidate, we are sure of losing the state to the opposition.”

The stakeholders gave insight into how the Governor allegedly mismanaged statutory allocations.

“For the past 38 months, including February 2019, Governor Yahaya Bello has not paid full salaries to the workers of Kogi State, despite the fact that the state received full allocation from the Federation Account as detailed below: Statutory allocation, Excess Crude and Value Added Tax (VAT) (N132b); Internally Generated Revenue by the state(N51b); total allocations to local governments(N111b).

“The governor had conducted multiple staff screening for both the state and the local governments. And from the report of the screening, the monthly wage bill (state, local governments and pensions) at the inception of the administration stood at N5.8 billion. After screening, this figure reduced to N4.4 billion.

“From the table above, it is evidently clear that the total revenue received by the state government was more than enough to settle all salaries, pensions and gratuities with huge balance remaining for overheads and capital projects.

“It is very instructive to note that even without bailout and other funds received outside statutory allocation, Governor Yahaya Bello could have still paid all salaries including pensions without conducting multiple screening and inflicting pains on Kogi State and local government workers. This must hurt APC at the polls.

The stakeholders said they had tried to seek the party’s intervention to call Bello to order, but to no avail. They added:

“We respectfully write to bring to your esteemed attention, the following facts and issues associated with our party and the governor of Kogi State.

“We had earlier, during the life of your administration petitioned against our governor, Yahaya Bello, on several occasions.

“The party, as a result, set up the Tony Momoh Committee to work on the issues in our petitions in Kogi State APC. The result of this committee’s work is kept secret in the cooler without the party or the government addressing any of the issues to date.

“Another committee was set up under the chairmanship of General Garba. We appeared before the committee, and made far-reaching recommendations. Till this day, that report is still also kept secret and under lock and key and no action taken by the party.”

In his response, Kingsley Fanwo, Director General of Media and Strategy to the Governor, rolled out the achievements and successes of the government since Bello took office. He said:

“Every financial statement has both income and expenditure. It is the height of mischief to push out the income of the state without juxtaposition of expenditure to set the idea for public perception.

“The Governor has only been in office for 39 months but has paid salaries for 38 months; including four months before his inception.

“Salaries take the chunk of our revenue as a state. However, we have been able to invest heavily on the other sectors of the economy.

“To check insecurity in the state, we bought over 200 brand new vans, over 500 motorcycles and gadgets running into hundreds of millions of Naira.

“We gave teeth to the Vigilante Service in the State through well coordinated training and mobilisation to complement the efforts of the conventional security agencies. Today, the security narrative we met has changed.

“The multi-million Integrated Rice Mill at Ejiba is 92% completed and will be one of the biggest legacies of our administration.

“The administration has also made Lokoja and the other towns and cities in the state saner, cleaner and more habitable. We have completed the Ankpa Township Roads and many others are ongoing with quality jobs.

“The revolution to make water available to Kogites have paid off as the administration has delivered a lot of high-worth water facilities across the state.

“With all the development projects we are doing, it must also be mentioned that we are repaying loans taken and wasted by the previous administrations in the State.

“Sanitising and digitalization of our civil service didn’t come cheap. But the administration is proud of what has been achieved in that sector. “We have also electrified about 40 communities across the state. We have improved infrastructure in our schools, hospitals and Primary Health Centres.

“The administration put in place, bumps to check financial misdemeanors and will be remembered after 2024 as the most disciplined administration in the history of the state.”

Saraki Gets International Appointment, To Led Diplomatic Missions Across The World