Popular Kannywood actress, Teema Makamashi and her colleague, Fati Muhammad, are currently in a war of words over their love for Dino Melaye, the senator representing Kogi West in the National Assembly.

Teema Makamashi had recently visited Senator Dino Melaye and presented a copy of the song she recorded for him in which she wished he becomes the next governor of Kogi State. She also paid Dino Melaye condolence visit after he lost his mother.

Her actions did not go down well Fati Muhammad who had done the same thing for the Senator.

Fati Muhammad couldn’t hide her feelings as she openly wrote a message on her Instagram page with the above picture:

“You will never have the love of Senator Dino Melaye except in your dream, I Sang for him and you did that too, I challenge you to do this if you can,” she wrote. 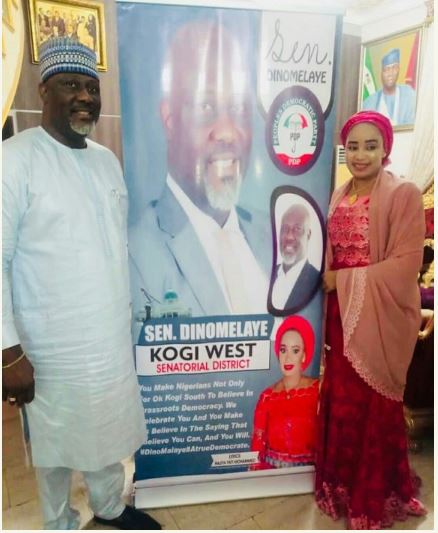 Teema Makamashi made a poster for Senator Melaye, so she challenged the other actress, Fati Muhammad to do the same if she can. Although Teema did not mention the name of Fati Muhammad in her Instagram post the message could be deduced to be meant for her.

In what could be regarded as a response to Teema’s Challenge, Fati Muhammad posted pictures on her Instagram Page that showed her meeting with Senator Dino as she presents a copy of CD Plate that contains the song she made for him and a poster she made for him just like that of Teema, with a Message that reads:

“Thanks so much sir God bless you I really appreciate for what you did to me sir may God continue giving our mother R.I.P and forgive her Amin. May Allah uplift you and increase your wealth.” 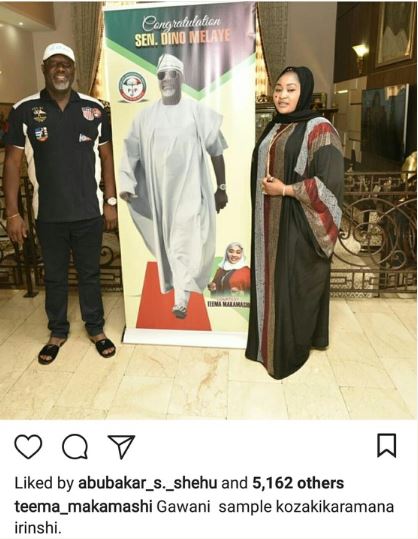 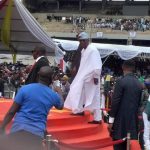 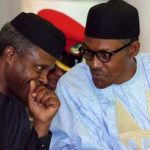