The Presidential Election Petitions Tribunal Monday rejected the request by Abubakar Atiku, the People’s Democratic presidential candidate, and his party to have access to the server of the Independent National Electoral Commission (INEC).

The tribunal dismissed an application filed by Abubakar and the PDP to inspect the INEC server allegedly used in collating the Feb. 23 general election.

Justice Mohammed Garba, Chairman of the panel ruled that granting such application at this interlocutory stage would preempt the substantive petition.

The petitioners insisted that results from the presidential election were transmitted to the central server maintained by INEC.

Atiku and PDP had in their petition stated that by the figures obtained from INEC’s server, they won the presidential election against Buhari and the third respondent, All Progressives Congress (APC).

“The servers from which the said figures were derived belong to the first respondent (INEC). The figures and votes were transmitted to the first respondent’s Presidential Result’s Server 1 and, thereafter, aggregated in INEC_PRES_RSLT_SRV2019, whose physical address or unique Mac address is 94-57-A5-DC-64-B9 with Microsoft Product ID 00252-7000000000-AA535. The above descriptions are unique to the 15th respondent’s server,” Atiku and his party claimed.

However, the electoral body said it did not use any server for the general election.

“We do not have a server,” INEC counsel, Yunus Usman (SAN), told the tribunal on June 13. 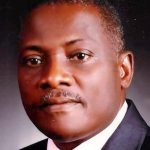