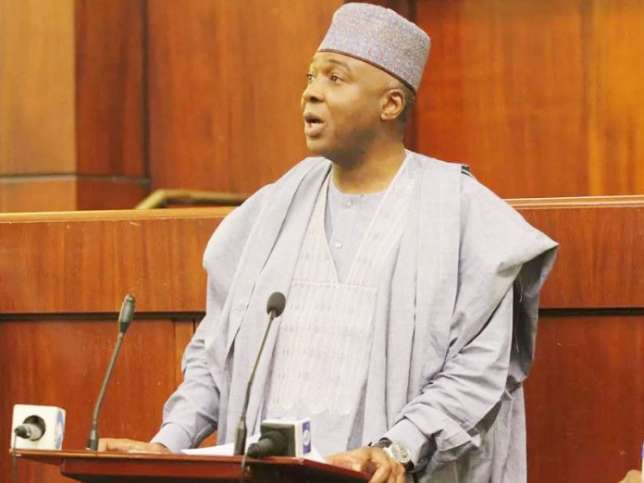 A former president of the Senate, Bukola Saraki has said the Economic and Financial Crimes Commission (EFCC) cannot achieve any meaningful success with its current probe against him because he is innocent.

The EFCC in a statement by its spokesman, Tony Orilade at the weekend said the agency’s ongoing investigation of Senator Saraki on his stewardship as Senate President and two-term as Kwara State governor was on course. The statement claimed it was not politically motivated.

However,  Saraki in a statement issued on Monday by his Special Adviser (Media and Publicity) Yusuph Olaniyonu, said the EFCC was on a wild goose chase, as he nothing to fear because his office as the Senate President has nothing to do with contract awards and handling of the finances of the National Assembly.

On his stewardship as Kwara State governor, Senator Saraki further noted that his alleged financial sleaze as Kwara State Chief Executive Officer had been addressed in his celebrated trial before the Code of Conduct Trial (CCT) and he was eventually exonerated by the apex court, the Supreme Court.

“We need to reiterate that Dr. Saraki is not interested in obstructing any investigation by the EFCC or any security agency,” the statement reads.

“On its persistent probe of the tenure of Dr. Saraki as Governor of Kwara State between 2003 and 2011, we maintain that all the issues the EFCC are presently raising were the same issues that are contained in four of the charges filed before the Code of Conduct Tribunal (CCT) and taken before the Court of Appeal and the Supreme Court.

“The CCT case went beyond the subject matter of assets declaration. They raised issues about the assets, how and when they were acquired, the sources of their funding and the banking transactions of Dr. Saraki.

“That is why we maintain that since the issues have been determined by the courts up to the Supreme Court, the EFCC is just on a persecution and smear campaigns with its current investigations.

“At the time the CCT charges were filed, it was generally believed some of the charges should not have been lumped up with the asset declaration issues. However, in their desperation to nail Dr. Saraki, some of the charges that contained insinuations that Kwara State funds were paid into accounts owned by him and companies in which he has interests were filed. And twice, the charges went before the highest court in the land and he was discharged and acquitted.”

The former Senate President said his case instituted at the Federal High Court, Abuja where Justice Taiwo Taiwo granted him a restraining order was not meant to frustrate the EFCC but to enforce his fundamental human rights.

“It is also the reason that Dr. Saraki believes that the current investigation constitutes an infringement on his fundamental human rights. And in the exercise of his belief in the judiciary, he filed a case seeking the court’s intervention for the protection and enforcement of the rights.” 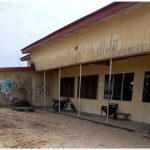 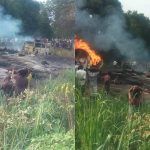