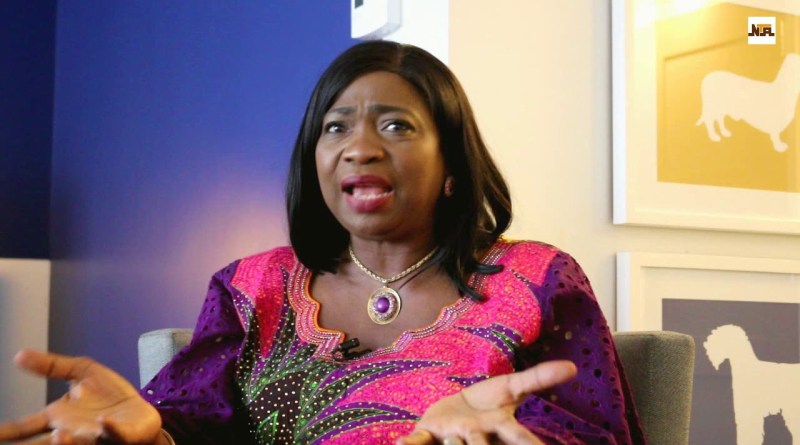 The Nigerian Government has asked 80 Nigerians indicted by the United States for Internet fraud to voluntarily surrender by turning themselves in.

In a statement issued by Chairman/Chief Executive Officer of the Nigerian Diaspora Commission, Abike Dabiri-Erewa on Friday, 23rd August, She warned that if the suspects refuse to do so, the FG might have no option than to repatriate them to the United States to face the charges preferred against them.

KanyiDaily reported that USA authorities, had yesterday, released about 80 names of some Nigerians, accused of perpetrating fraud in the country.

But, Dabiri-Erewa while reacting, urged the accused persons to voluntarily turn themselves into the USA authorities in order to clear their names. She said:

“We acknowledge the fact that accusation does not mean guilt, and we hope that all the accused will be given fair and speedy trial.

“We also ask those accused in Nigeria to voluntarily turn themselves in to American authorities to clear their names without which the Nigerian Government will extradite them if relevant international treaties between the two governments are invoked.

“While such actions ultimately have negative effect on the image of the country, the commission, however, reiterates as it has always done, that the actions of a few Nigerians involved in criminal activities is not and can never be what the majority of Nigerians represent.” 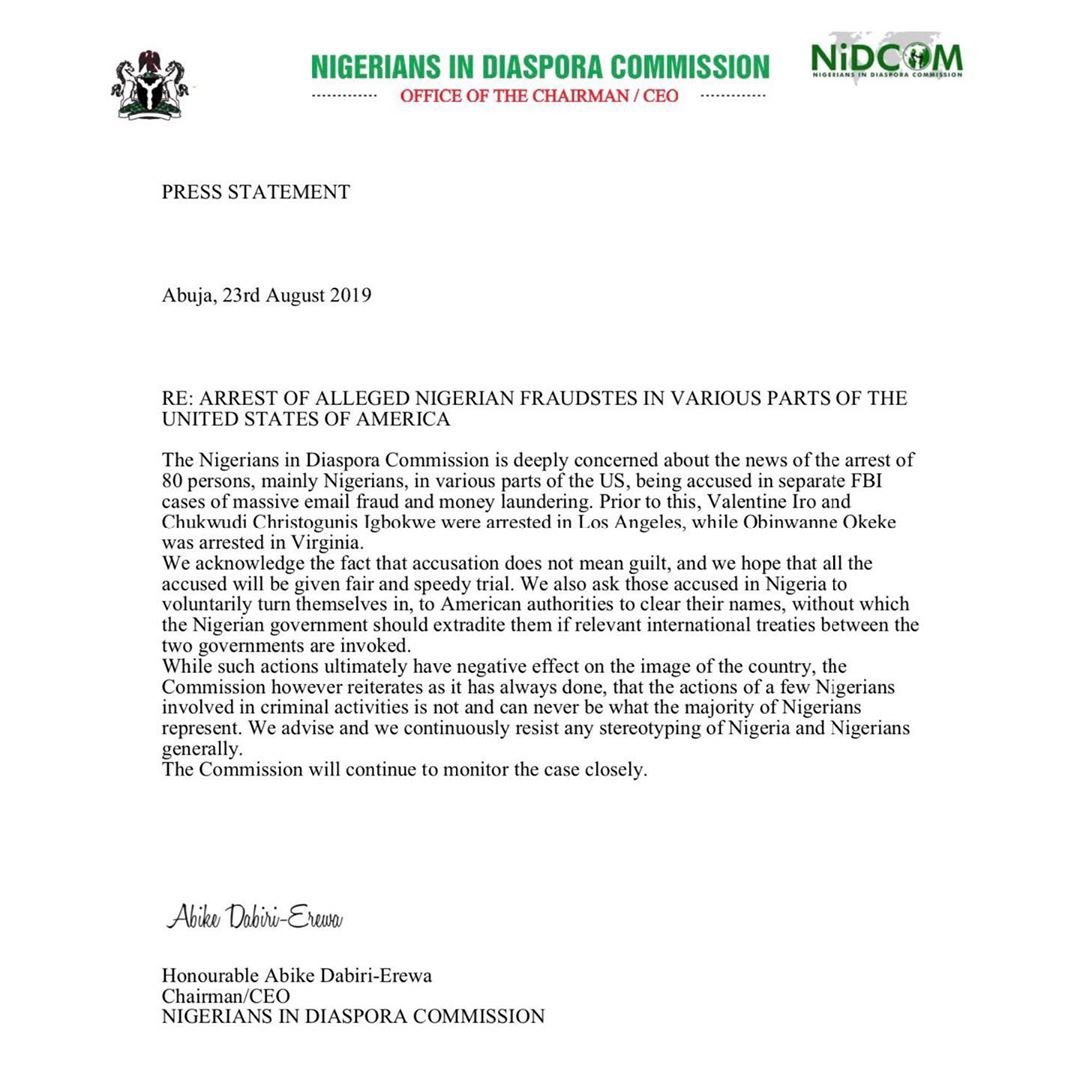 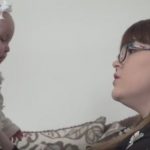 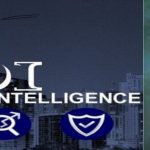