The presidential candidate of the All Progressives Congress (APC), Bola Tinubu has again expressed confidence that he will win the February 25, 2023, presidential election. 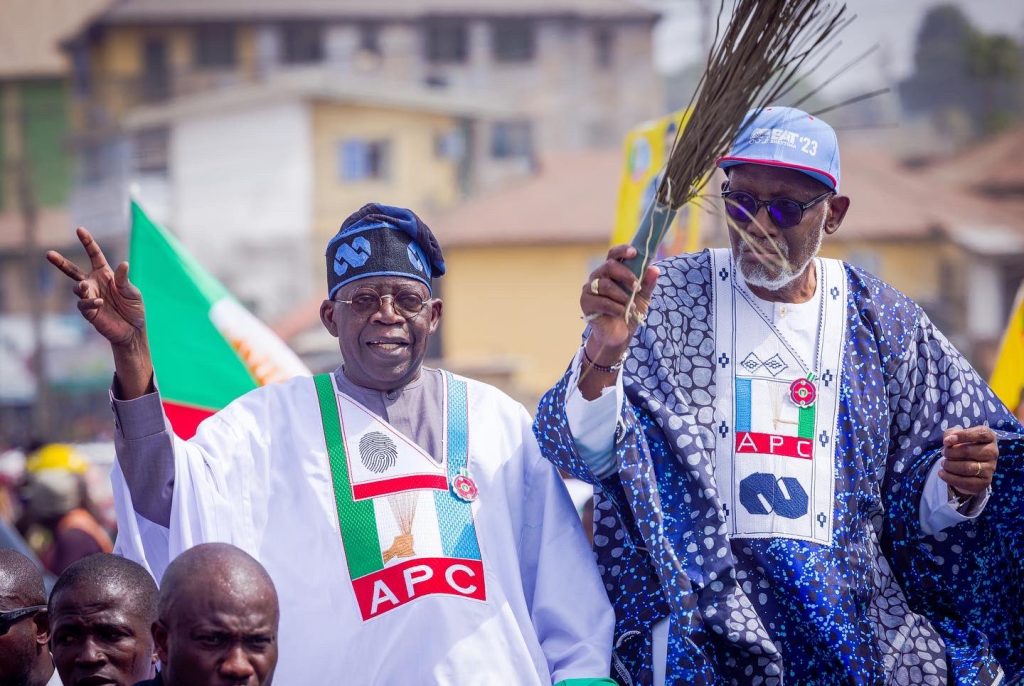 Tinubu appealed to Nigerians to make a wise decision on the candidate they would cast their votes for at the polls.

He stated this in Akure, Ondo State, during the presidential campaign of the party in the state.

The former Lagos governor also stressed that his main challengers, the candidate of the Peoples Democratic Party (PDP), Atiku Abubakar, and that of the Labour Party (LP), Peter Obi, could not be trusted to pilot the affairs of the country.

According to him, the two opposition candidates lacked an understanding of the country.

He said: “Ondo is known as a progressive state, followed by other states such as Ogun and Oyo. I appreciate our progressive governors. This upcoming election is our own. It is the vote of inheritance. It is a vote of three to one. Don’t lose your Permanent Voters’ Cards (PVCs); your PVCs are your right.

“Our rally is a signal of our renewed hope for Nigeria, that on February 25, you will make a wise decision. You will vote massively for me. I’m too sure and very sure that you will vote for APC. That’s why I’m very happy. I will win this election.

“Atiku cannot do it; he doesn’t want to build a better nation; instead, he will rather sell your birthright to the highest builders and run away. Atiku’s policies and actions are nothing.

“Obi had a chance to show up as progressive when he was governor of Anambra State, but all he could do was boast that he saved money when he was the governor.

“Obi has nothing to be proud of. Instead, he made the people of Anambra cry, and he claimed to be the party’s Labour leader.” My people, you cannot entrust your future or that of our nation to Atiku and Obi. What has Atiku brought to Nigeria?

“Myself and my running mate, Shettima, are ready to bring renewed hope through empowerment to all of you. If you give me your mandate as you promised, I will work so hard that I will put money in your pocket.”

READ:  Jerry Gana Says Nigerians Are 'Most Miserable Set Of People In Africa' Under Buhari

“We will do more to develop Ondo State and Nigeria as a whole. We are a people of peace and prosperity. The educational sector will receive priority in our government. No children of the poor will be left behind. If you don’t have the money, we will establish a student credit loan so that you can go to school. You will be educated; you will be an expert.”

In other news, Kanyi Daily reported that a former Governor of Imo State, Ikedi Ohakim, has reacted to the gunmen’s attack on his convoy last Monday.

Ohakim described the attack as a clear attempt to assassinate him.