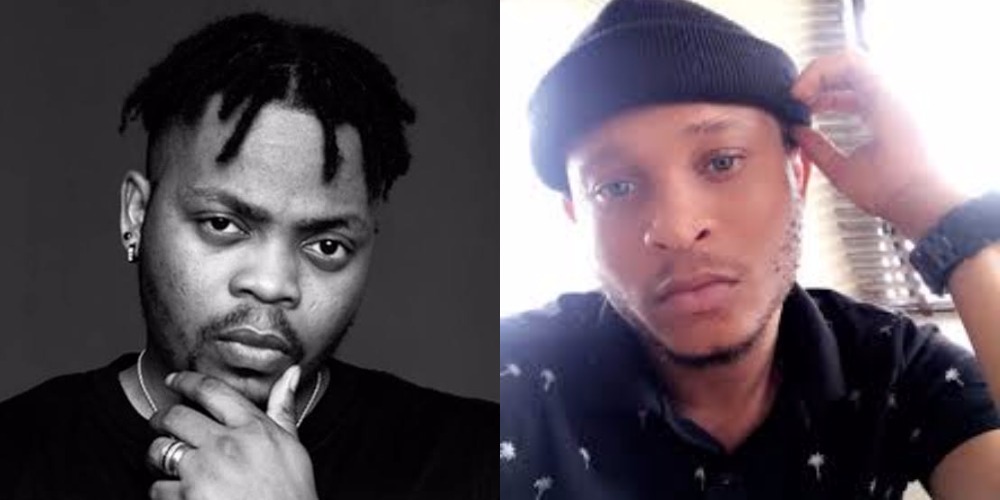 Former Ex-YBNL signee, Viktoh has reacted to a fan who claimed his former boss, Olamide, used his destiny to run one or two packages.

Viktoh, who left Olamide’s record label, YBNL in 2016, had adviced his fans on the last Sunday of the year 2019 to put their money where their mouth is.

An Instagram user, afunwaelotna_, then took to the comment section to ask what’s happening with his career insinuating that his former boss is behind it.

“Oga what is happening to your career, abi Olamide dan use your destiny?” he wrote.

In response, Viktor said: “@afunwaelotana_ I suppose block you but eh no go sweet me cause I go like make you witness this success so you go use that same mouth take praise me.” 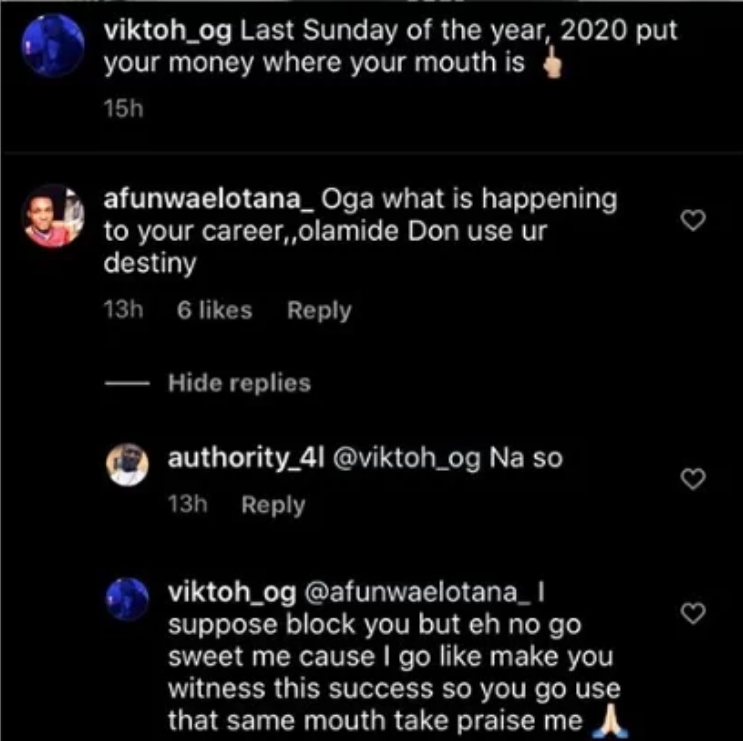